I killed my first C. schulzei 'Kota Tinggi' and was lucky to have a friend who helped me collected some again when he went for his fish collection trip in Kota Tinggi. "A handful" was the quantity he told me over the phone but when I collected the cryptocorynes from him, I could separate the entire bunch into 16 separate plants. Some went into my emersed tank when the remainder were planted in a 1 feet tank. 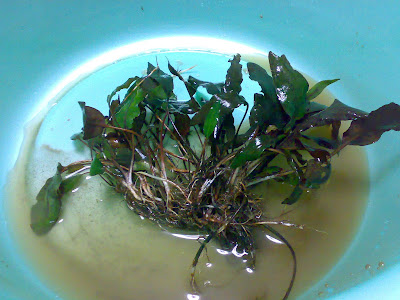 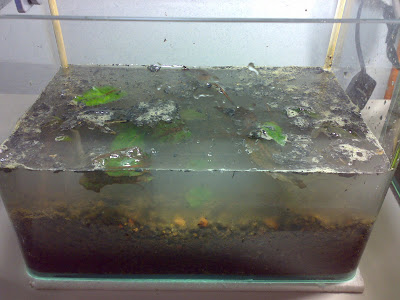 This is how it looked like after the soil particles settled down. The yellowish granules inside the water are Bacillus thuringiensis israelensis (BTI) to kill any potential mosquito larva. 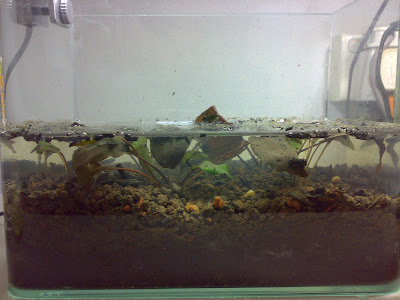 Hopefully the cryptocorynes will grow strong and healthy and reward me with some flowers!!!
Posted by illumbomb at 11:20 PM