Many species of cryptocorynes can be found in the wild in Singapore, many are probably not native but introduced species brought in by the aquatic plant traders and farmers due to their popularity as an aquarium species. Below are some photographic records which I took during my old field trips to just one single locality in Singapore and I was not even into collecting cryptocorynes then! 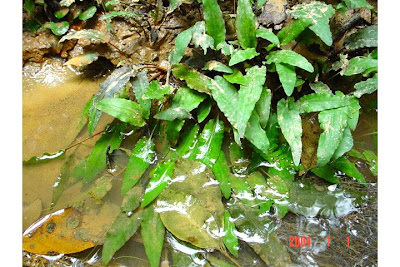 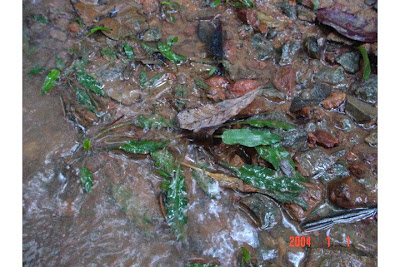 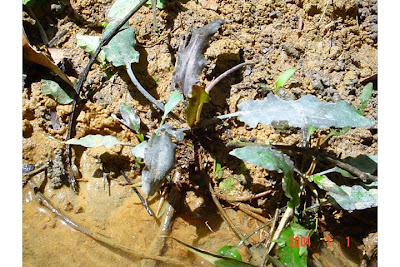 Probably an introduced species of various variants of C. wendtii (due to its popularity as an aquarium species) since this species is recorded as only distributed in Sri Lanka by the crypts pages? 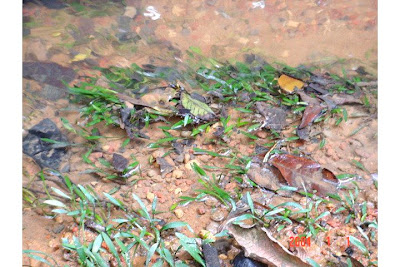 Probably another introduced species and a rather popular aquarium species too, C. parva, which is also recorded as only distributed in Sri Lanka by the crypts pages. 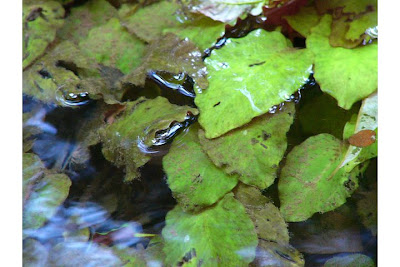 This possibly could be C. griffithii (I thought I do see some tinges of redness below the leaves) which is recorded as a native species in Singapore by the crypts pages, finally! 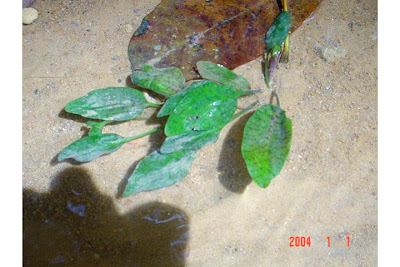 Could this be a submersed C. x timahensis (i.e. transplanted to this place from Bukit Timah Hill since this species could really fetch very good money for the aquatic plant farms nearby)? If yes, this is another not only native but endemic species of Singapore according to the crypts pages! 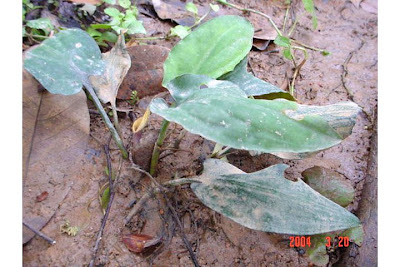 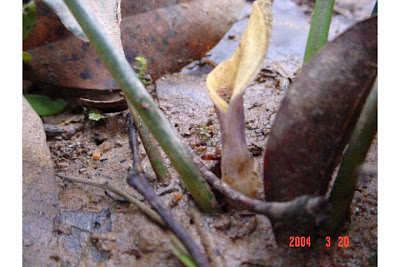 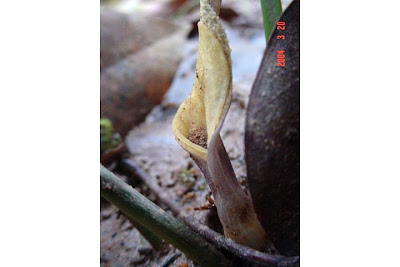 I was lucky to managed to find a spathe of C. pontederiifolia there too. The crypts pages recorded its distribution as only in West Sumatra. Is this likely be an introduced species too or could this possibly be a native species since Sumatra is actually not as far from Singapore as compared to Sri Lanka?

The above are just pure speculations and if I identified any of the species shown in these old photographs wrongly, do let me know and sorry for the errors.
Posted by illumbomb at 11:22 AM