Effects of Erythromycin on BGA

I had a problem of having blue green algae (BGA aka Cyanobacteria) on the surface of the substrate in one of my pots. I read on the internet and aquarium related forum about the use of Erythromycin to counter BGA and as this is a controlled drug in Singapore, I had to fly to Bangkok instead to purchase them (in the form of ILOSONE Erythromycinn Estolate) directly off the shelf of the many pharmacies there (10 capsules for less than 100 baht I think...)

The below was the condition of the BGA on day 0 (11th April 2009) when I started the experiment: 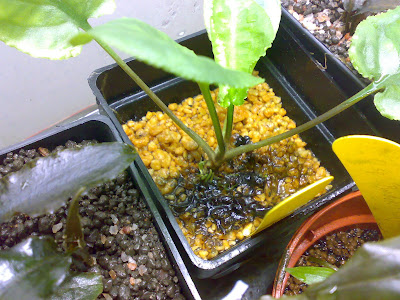 I opened a capsule, poured and mixed the content into a small container of water and poured about 1/2 of the mixture over the area affected by BGA. 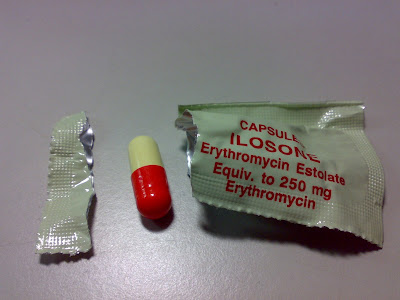 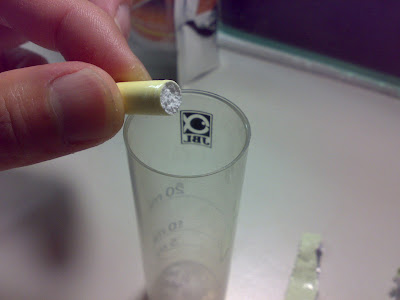 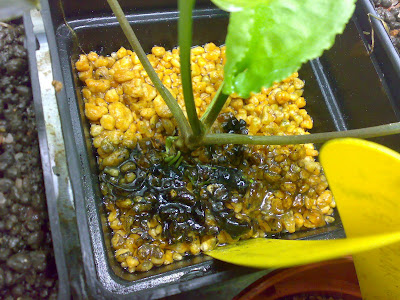 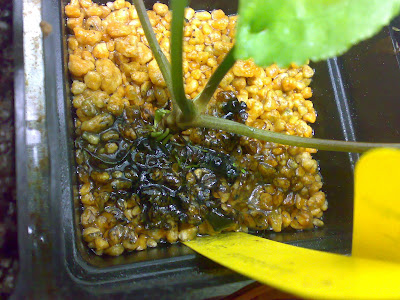 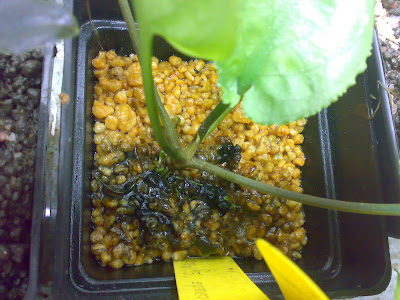 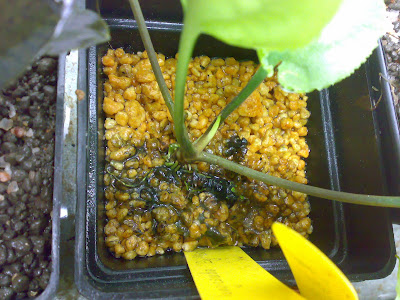 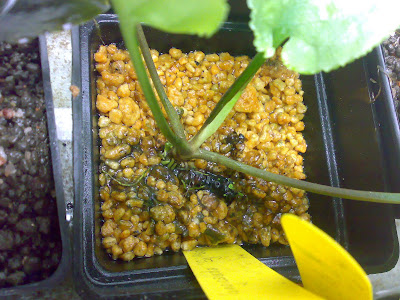 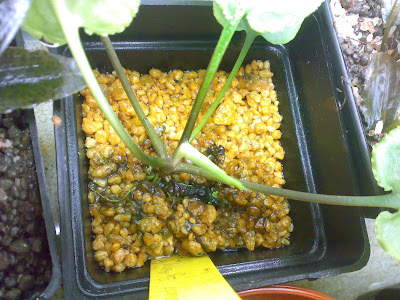 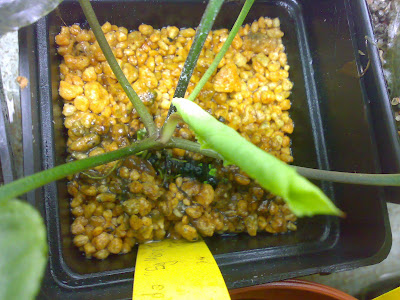 So how do you grade the effective of Erythromycin against BGA? Quite effective I would say!