One of my cultivation tank consisting mainly of those cryptocorynes from west Kalimantan and Anambas Islands were doing fine initially but over time, started to melt away and looked as if they were suffering from some form of malnutrition and stunted growth. The pots of cryptocorynes in the entire tank was affected by this. 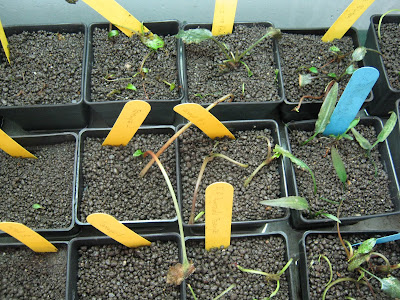 An overview of the affected tank 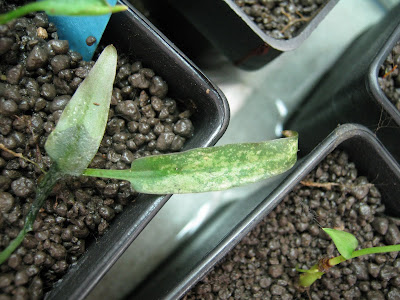 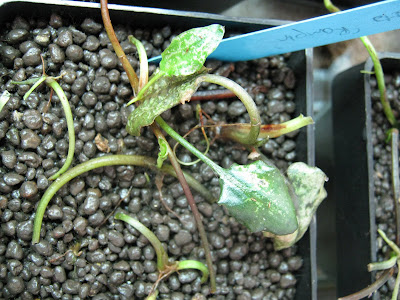 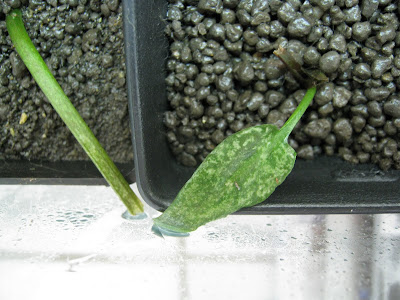 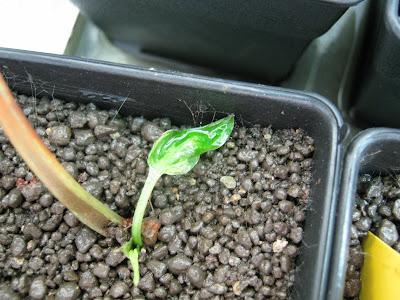 In a desperate attempt to save these cryptocorynes, I decided to completely change their environment from emersed to submersed. The pots of cryptocorynes were transferred to some plastic box containers filled with tap water and placed outside the balcony to receive sunlight. A few fishes (guppy and platy) were added to prevent mosquitoes breeding. 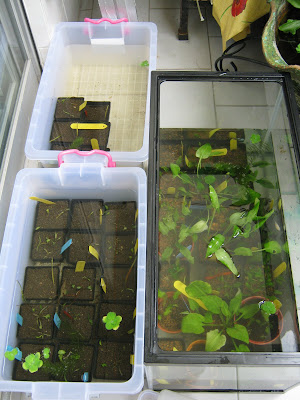 More than a month later, most of the pots of cryptocorynes were showing considerable signs of improvement in growth as compared to when they were in the emersed tank. New leaves were growing out and were fuller and not stunted. The only problem is that the are many green hair algae growing in the plastic container which could easily be resolved by introducing a large bag of Malayan shrimps in. 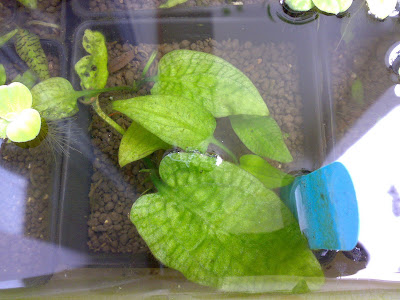 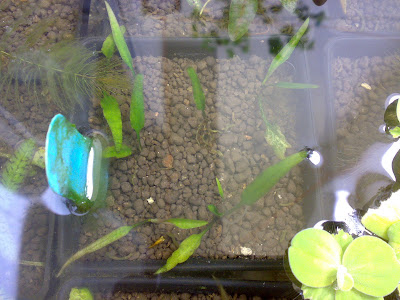 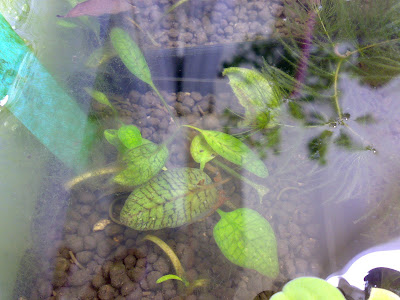 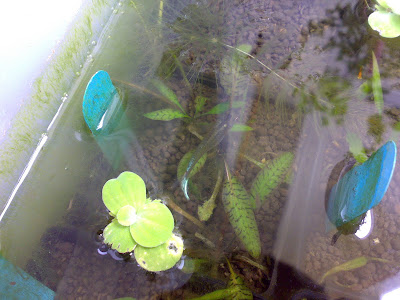 C. sp. 'Pahang River', the markings on the submersed leaves reminded me of that on the emersed leaves of C. nurii 'Terengganu' 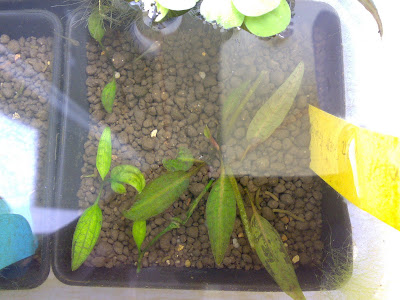 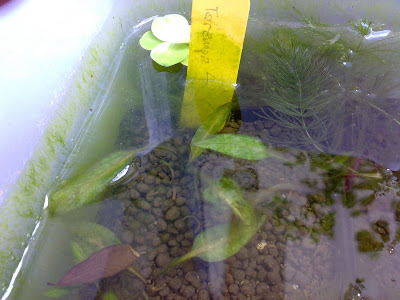 C. sp. 'Tarempa 4'
What was the initial problem that affected the entire emersed cultivation tank?
Posted by illumbomb at 1:08 PM