3 days after receiving a few C. sp. 'Lingga' from my friend, I discovered a caterpillar nesting on one of the C. sp. 'Lingga'leaves and quickly removed the entire leaf and placed it in a glass jar. 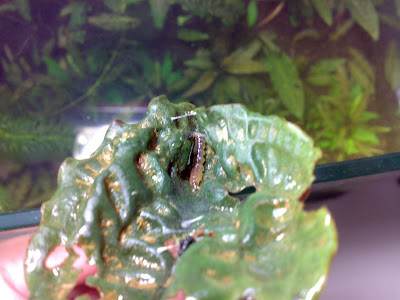 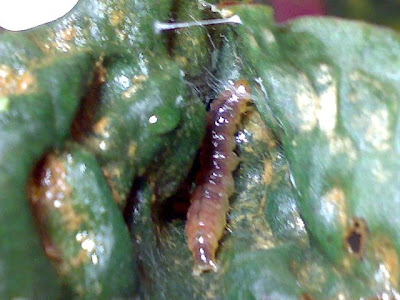 My guess was that the caterpillar was introduced together with the C. sp. 'Lingga' but I had no idea how it escaped my view when I was washing the plants before potting them. A few days later I found another similar caterpillar in a pot of C. sp. 'Lingga' and removed it and placed it in the glass jar too. Maybe they were hiding in a curled new leaf , an unopened spathe, an unripe seed pod, a curled bottom section of the leaf petiole and therefore were not detected? Or maybe there were just eggs then or were introduced through the substrate instead and not via the plant??? 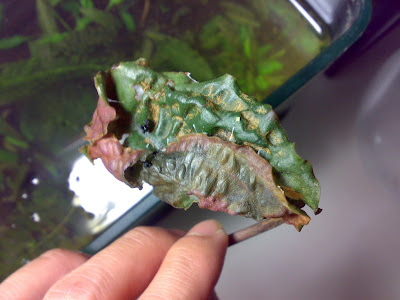 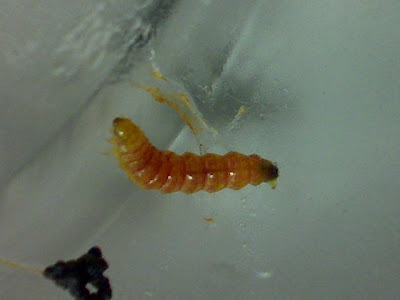 Anyway, the caterpillars went into hibernation mode and one week later, I found a small moth (about 1.5cm wing span only) flying about in the glass jar. The next moth was found a week later. 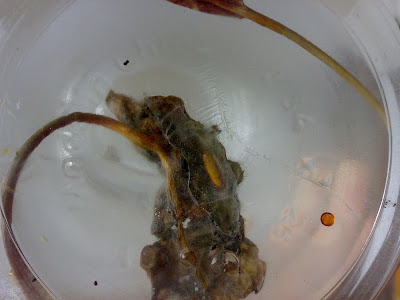 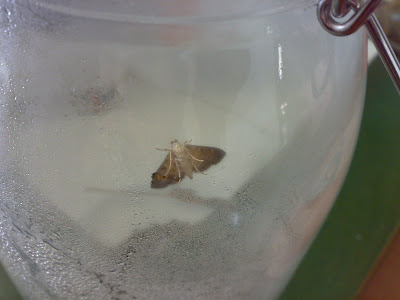 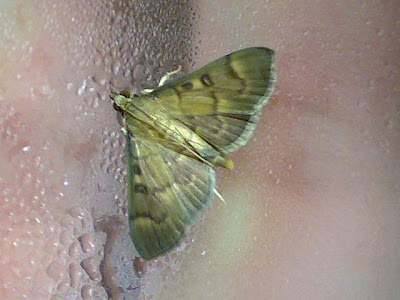 I asked around on the internet and was advised that it is a micro moth belonging to the family Crambidae, subfamily Spilomelinae. And there is a whole host of species looking roughly like this, mostly in the genus Omiodes (special thanks to Green Baron of GCS forum for the ID).

If the caterpillars were really transported back into my tank from 'Lingga Island' via the plants collected, they possibly could have been found in the natural habitat of C. sp/ 'Lingga', the caterpillars relying on their leaves for food and shelter while the moth helping to pollinate their flowers......

Posted by illumbomb at 9:44 AM