Welcome to Siam Reap! And would you like to have some deep fried fully coloured croaking gourami and 2-spots gourami for dinner to go with your porridge? 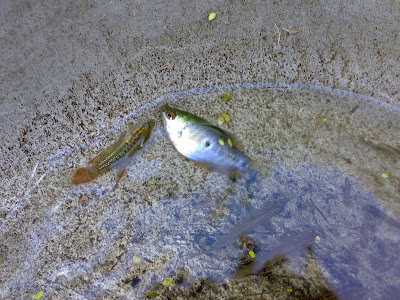 I had an opportunity to sneak out for a last minute cycling trip around Siam Reap city of Cambodia on Christmas Eve afternoon before heading back to Singapore in the same evening. Below is a temple (I presumed) that I passed by while I was cycling out of the city to the forest and suburb areas. 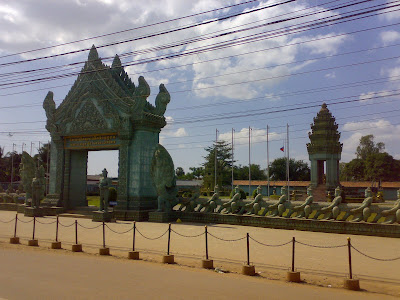 This is the first big water body I passed by, it is a pond filled with water lilies with its edges lined with thick layers of Cabomba look-alike plant, beautifully combined with the reflections of the white clouds and blue sky above! 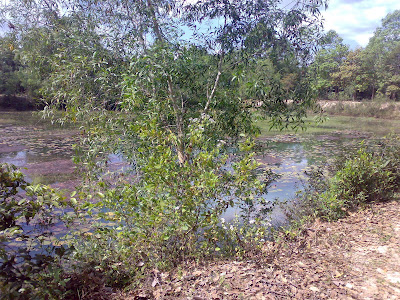 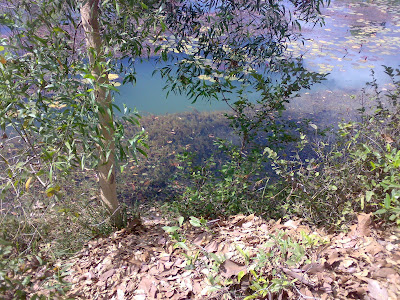 Cycling on, I reached a small open flooded field in the midst of the forest where children were searching for things in the water. Great, this was just what I was looking for too! I hopped off my bicycle, headed down to the edge of the field and peeped into their pots...... beautifully coloured croaking gourami, 2-spots gourami, possibly some Cyprinidae sp. (sorry I am not really into fish), freshwater shrimp and crab and a climbing perch look-alike fish. I asked them if these were for eating and they nodded their heads...... hmmmm...... The best way which I could think how these tropical fishes could be cooked is to season them and deep fry them until they are crispy to eat as snacks or with porridge, anyone want to try??? Hahaha. 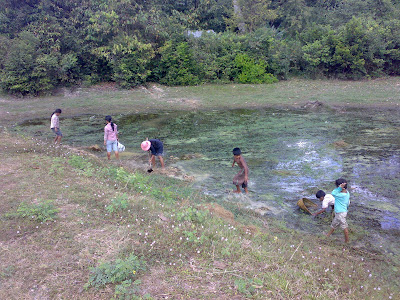 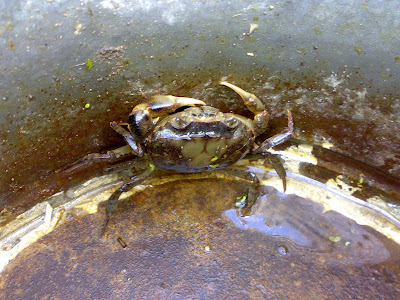 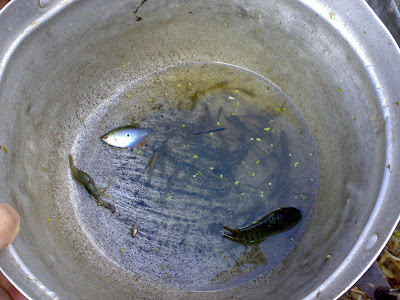 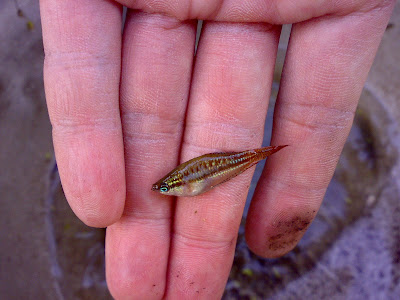 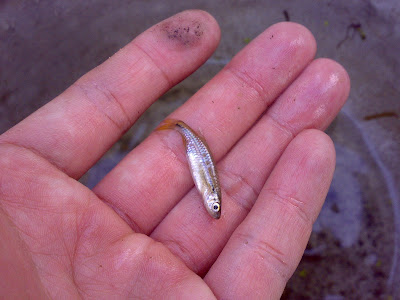 I moved on and cycled along a small polluted dirt irrigation canal across a village and some padi field areas. My main aim was looking for cryptocorynes but the closest I got to was some yam look-alike plants...... sigh...... 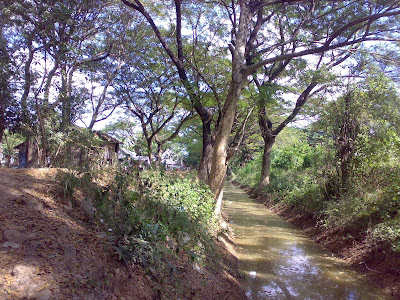 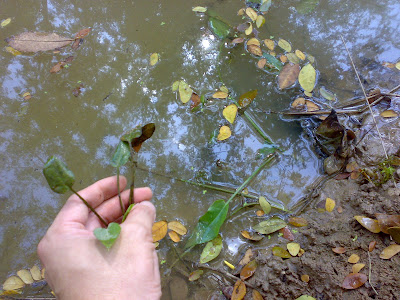 The padi fields were more interesting and beautiful. There were many different types of flowering aquatic plants found among their irrigation canals. I also tried scooping for some fishes using my 500ml mineral water bottle. I saw some beautiful smaller (about 2cm in length) red-tailed rasbora sp. but just did not have the right tools with me...... Suddenly I thought I saw this eel look-alike fish swimming along the surface of the water and I managed to scoop it out...... leech!!!! This prompted me to get out of the padi-field immediately, I hate leeches! 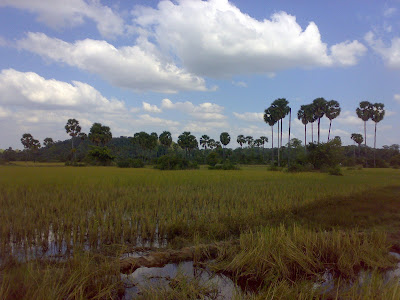 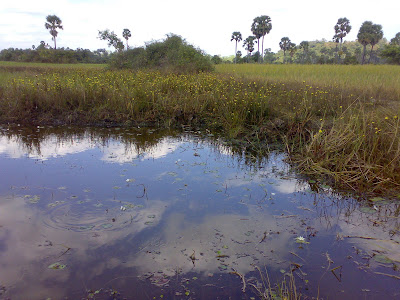 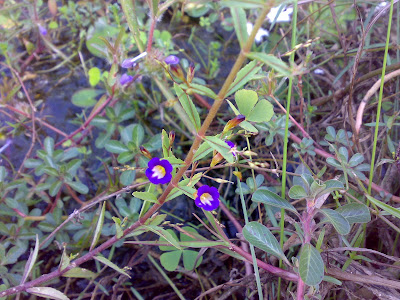 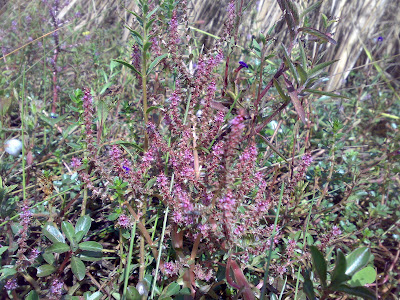 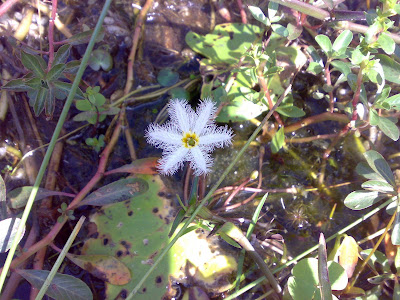 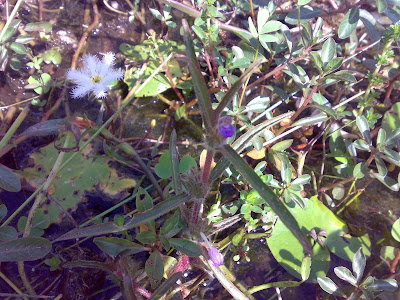 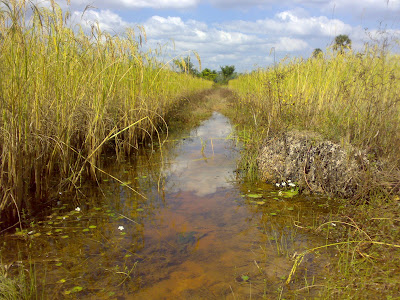 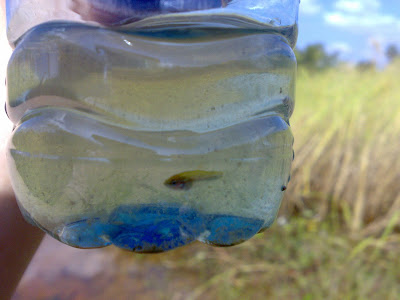 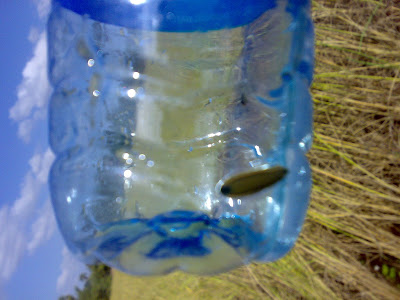 It was soon time to make a u-turn and head back to my hotel and just in time, I cycled to a location where a buffalo was blocking my path and menacingly staring at me. I passed by a provision shop along my way back, bought a USD$1 packet of biscuits as an item for barter trade with someones dinner...... 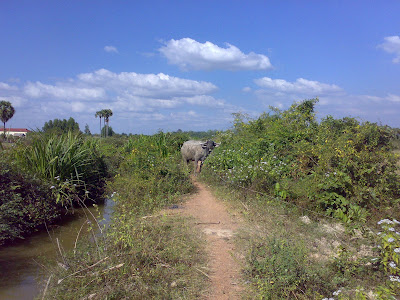 I stopped by the location again where the children were collecting fishes. A little boy was playing with a frog which he caught. And there was a new entries in the dinner menu, a channa sp and a big black water beetle which I did not photograph. I tried to find some healthy croaking gourami specimens from the pot but they were all dead. Some of the children immediately went into the water to collect some fresh specimens for me as well as some clearer water for me to fill up my mineral water bottle. Almost immediately after doing these, I started to hear a few of them softly mumbling "1 dollar...... 1 dollar...... 1 dollar......". Sigh...... I passed them the packet of biscuits which I bought earlier, bid them farewell and headed back to my hotel. 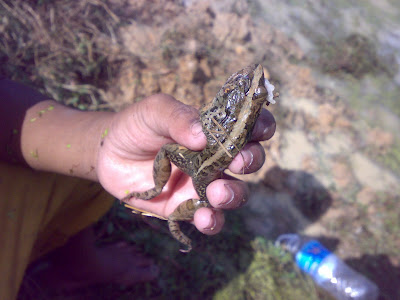 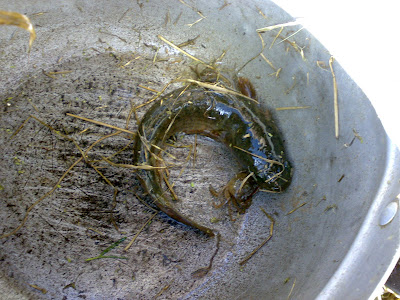 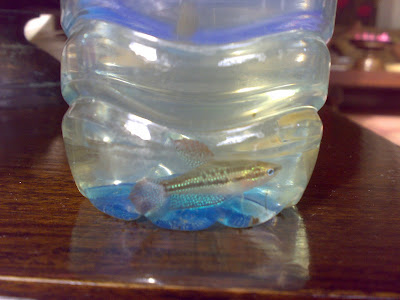 I had not time and guts to fully explore the forest which I passed by not just during my 1/2 day cycling trip but also during my trip to the Angkor Wat temples via tuk-tuk. Due to fears stepping on landmines and losing my limbs, I could only take some photographs along the edges of these forests. There was a huge black water pond in the forest filled with tadpoles of different species and a Siam Reap river flowing across the forested areas which I thought warranted more exploration for cryptocorynes! 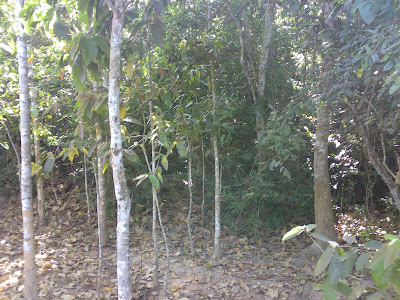 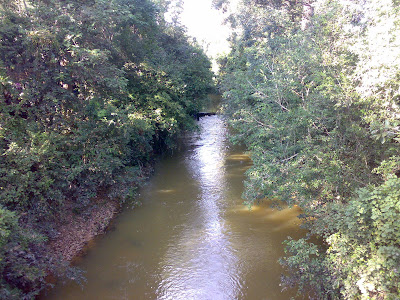 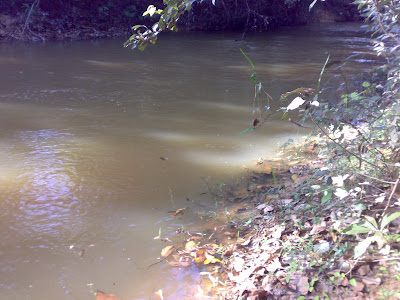 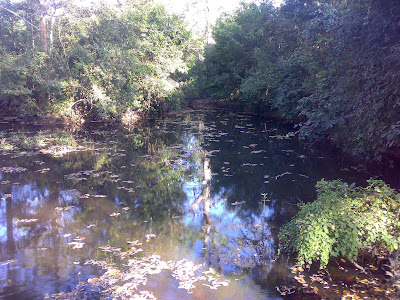 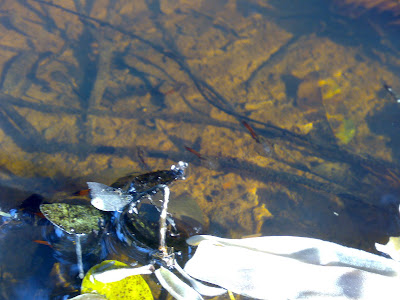 Will I ever have a chance to visit these places again for further exploration?

Posted by illumbomb at 9:40 AM