Preparing my own leaf litter substrate

I finally decided to get down to creating my own leaf litter substrate for growing cryptocorynes found in peat swamp ponds. I washed the excess Terminalia catappa (Indian / Sea Almond or Ketapang) tree leaves given to me by a friend to get rid of any possible insecticides, pesticides, and some fungus / moulds etc and scalded them with boiling water for a minute or two before storing them in an ice-cream tub. 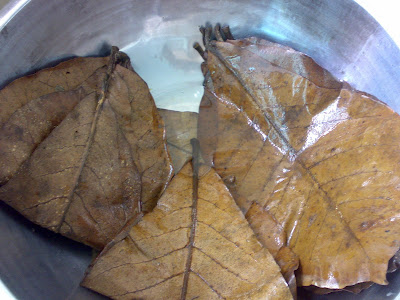 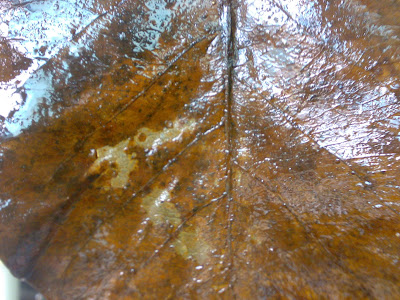 The above photographs show the Ketapang leaves being used, my friend advocates the use of fresher leaves (collected while they are still reddish or yellowish) instead of the drier type so they looked rather fresh even though they have been collected for a few months already. These are the photographs of me washing the leaves in water and then scalding them with hot water for a mere minute. Notice how brown the water became because of the fresher leaves being used. 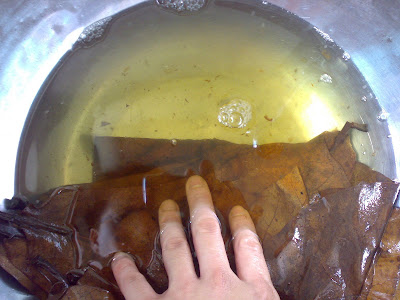 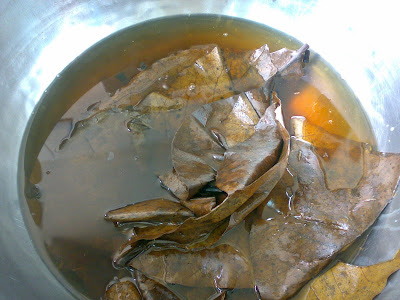 The final photograph shows the leaves after the washing, being stored in an ice cream tub. Hopefully they will decompose well and could be used in a few months time by mixing with other substrates! 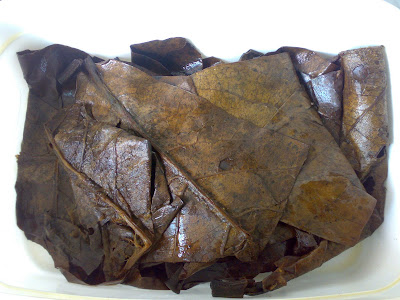