My explorer friend managed to locate some cryptocoryne which looked to us like C. griffithii on Bintan Island. As usual, he collected some specimens with unopened spathes again for me as well as a bottle of water from the locality for pH testing. I always had the impression that C. griffithii natural habitat would be of low pH since it could be found in Singapore at Nee Soon swamp area (I would expect the pH of swampy environment to be rather low although I have not been there myself) but I was wrong, the pH was close to 6.8 for the Bintan locality. 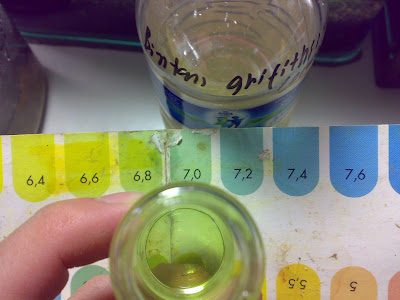 And as usual, with my poor cultivation skills and sense, most of the spathes melted away without opening again except for this tiny one (see below) which grew bigger slowing and finally opened today for us to have a positive ID on the species! Note that the other remaining larger spathe continued to remain closed after more than 2 weeks of cultivation. 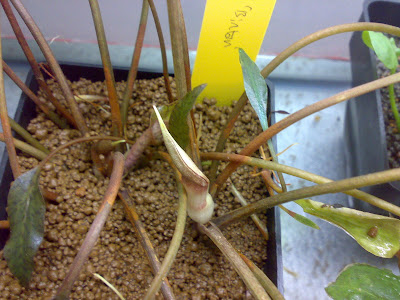 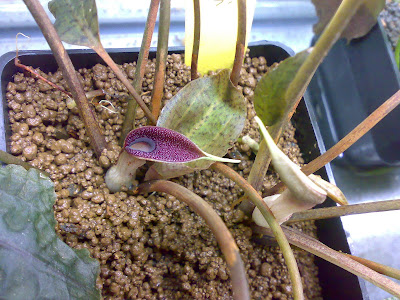 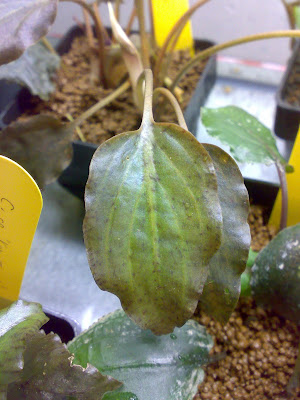 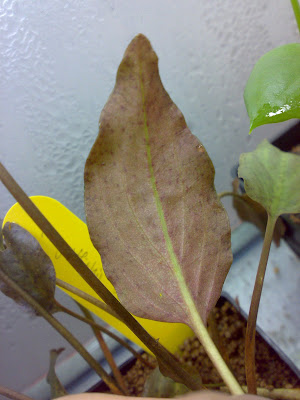 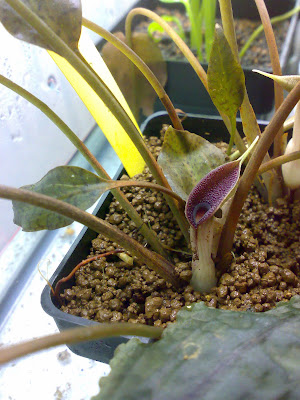 I managed to obtain a specimen of C. griffithii 'Nee Soon' from a fellow collector and posted some photographs of it below for ease of comparison. It seemed that the specimen from Nee Soon has much redder colouring at the underside of the leaf. 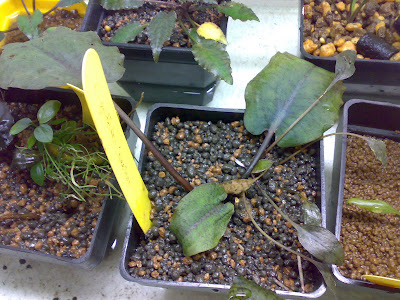 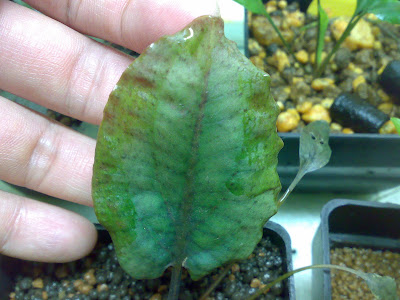 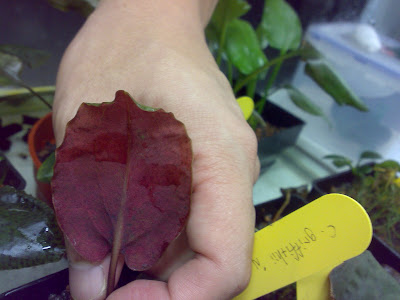