Remembered the C. cf. cordata var. grabowskii we found along the way to Lundu in Sarawak? See below for some photographs to remind you of it. I collected an unopened spathe back. 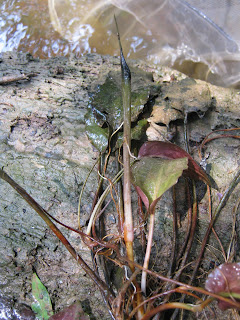 Unfortunately, the limb melted but I was able to observe that it should had been yellow in colour. Also, the long tip of the limb looked similar to that of C. cordata var. grabowskii as featured in the photographs shown in the crypts pages. Therefore, we suspected that it should at least belong to the C. cordata group. 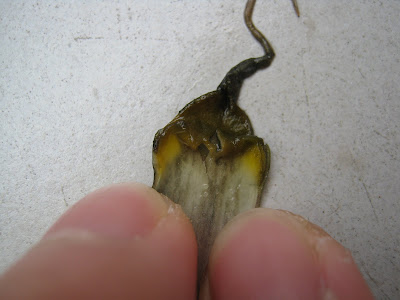 I also managed to take some photographs of the interior of the kettle showing that the upper interior kettle wall was spotted with purple dots. 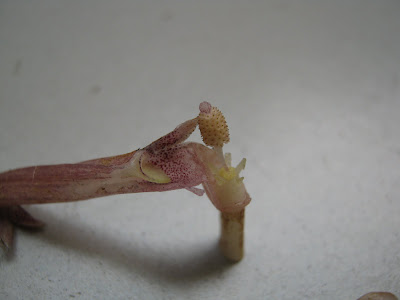 Below is a photograph of how my pot of specimen looked like currently. 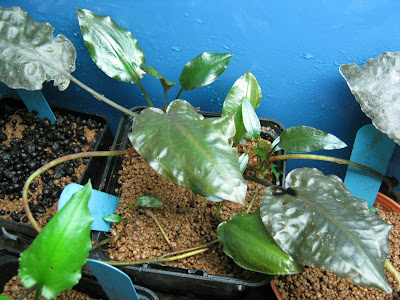 I recently searched and found on the Internet that someone in Japan managed to bloom a similar specimen which was obtained from my friend. Click on this link to see the photographs of the blooming spathe. Apprantly, the limb was actually sort of reddish in colour and had a thick yellow collar. The edge line of the limb was almost black in colour.