Jakarta to Belitung flight, buy one get one free!

I went for a 3D3N free and easy cryptocoryne hunting trip to Pulau Belitung with my explorer friend over the last weekend. This was my first visit to this island but not for my explorer friend. He had visited this island 20 over years ago when he was involved in butterfly research back then. 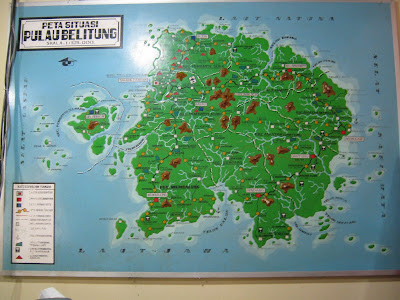 We took a Thursday night flight from Singapore to Jakarta, stayed over on the benches outside Jakarta's domestic airport, and took the Friday early morning flight to Belitung (Tanjung Pandan Airport). Our dinner was a A&W fast food meal each that night. 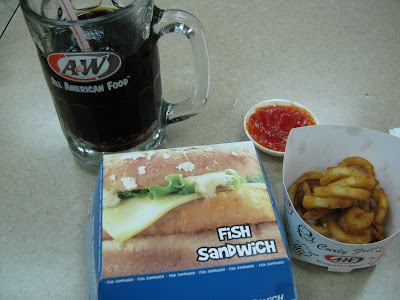 The original flight details were as follows:
Flight No: SJ50
Departure: 0620 from Jakarta
Arrival: 0710 to Tanjung Pandan 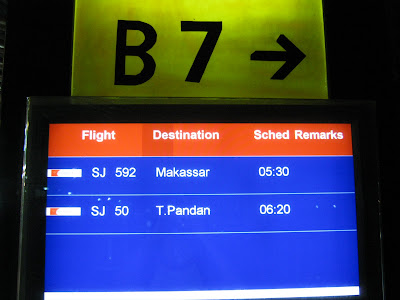 The actual flight details were as follows instead:
Flight 1:
Flight No: SJ50
Departure: 0620 from Jakarta
Arrival: 0800 to Jakarta

We obtained a really good deal of "buy 1 get 1 free" from Sriwijaya Air for our flight to Belitung. As the plane was touching down during our 1st flight, it suddenly increased altitude again and made a turn back to Jakarta, stating that there was a problem with the braking system which prevented the plane from landing at Tanjung Pandan airport which had a short runway. Luckily I took some photographs of the invocation card details from Lion Air (our flight from Singapore to Jakarta) which kept me occupied during the journey back to Jakarta. 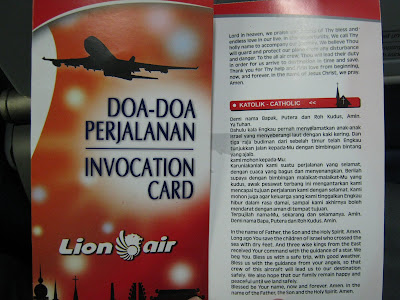 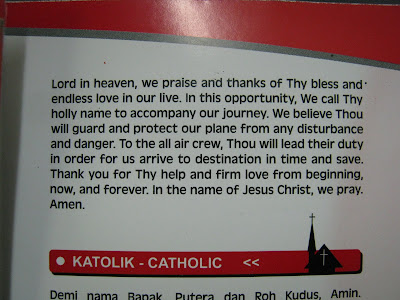 At 0920hrs, we finally managed to board another plane of an older model, possibly more than 30 years old according to my friend, which nevertheless successfully landed at Belitung at 1015hrs. 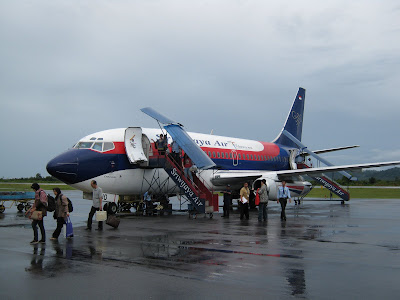 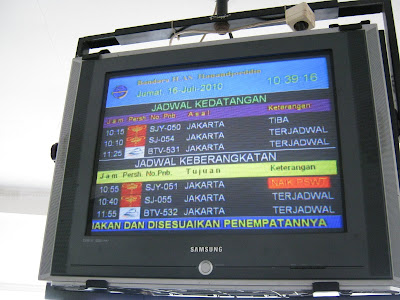 Cryptocorynes on Belitung, here I come!
Posted by illumbomb at 7:59 PM