I was given a specimen of C. nurii collected from Central Pahang by my explorer friend last year with a spathe attached. The spathe opened a few days later (refer to the photograph below). The purple coloured limb edge had a regular thin white band around it (i.e. the purple colour did not extend right to the edge of the limb). 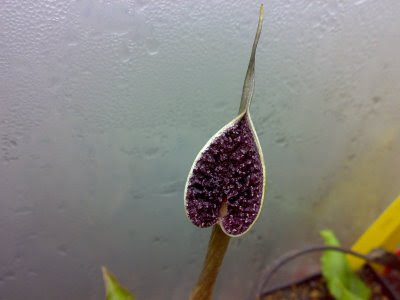 The C. nurii found near Mersing had a red limb with a thin white band around the limb edge too. 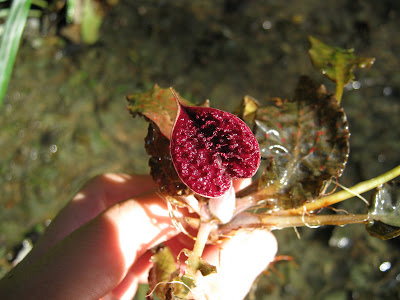 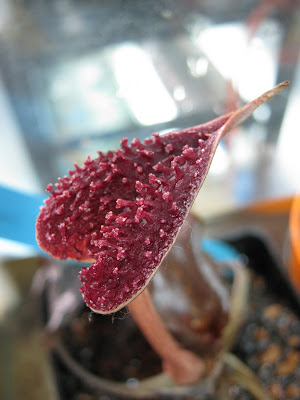 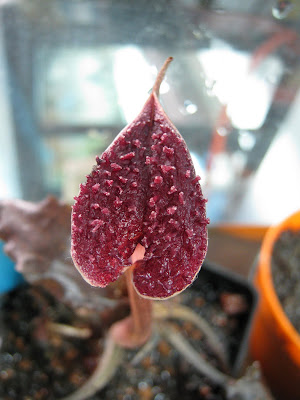 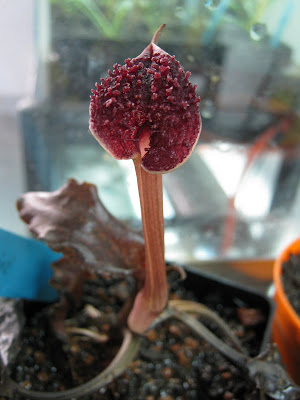 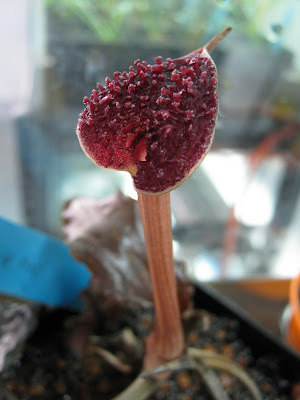 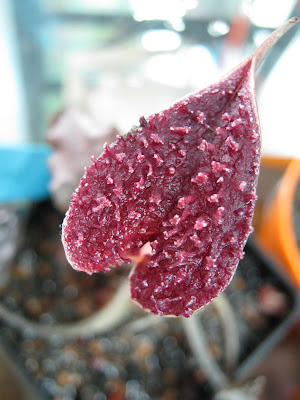 The limb was reddish in colour. However, the white edge was not as wildly mutated as seen in the wild but the lower left base lobe of the limb seemed to show some signs. What was the environmental conditions in the wild which could trigger such beautiful mutation?
Posted by illumbomb at 10:55 AM

Beautiful. There is so much more still to discover and understand.