I conducted an unscientific test of a few different fertiliser recently. A few reasons why I term the test as unscientific (and therefore will have limitations) are as follows:
Test were carried out from 11th July 2010 (i.e. date when fertiliser were added) and ended on 26th Sep 2010. 4 different brands of fertiliser were used, 2 were household plant fertiliser (with additional dosage added in end July 2010) while the other 2 were aquarium plant fertiliser. The pots shall be named pot 1, pot 2, pot 3 and pot 4 from left to right. Before scrolling down further, review the overview photograph of the 4 pots of cryptocorynes first and rank them from 1st to 4th based on which pot of cryptocoryne showed improved growth the most. 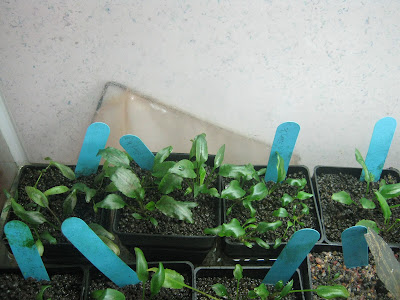 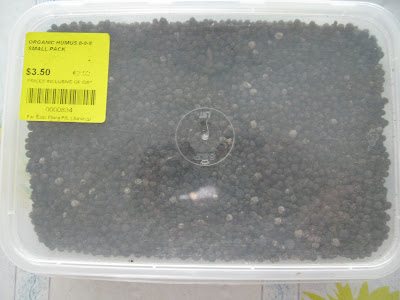 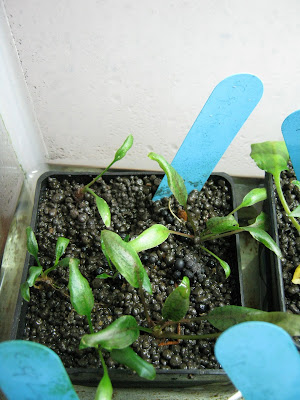 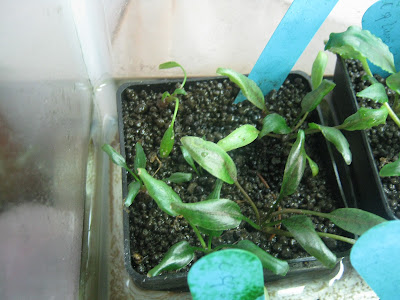 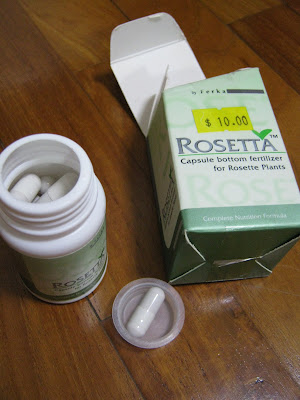 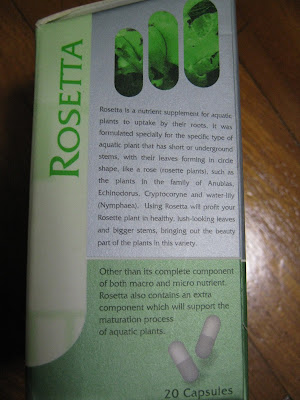 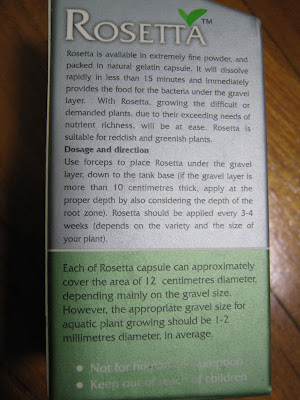 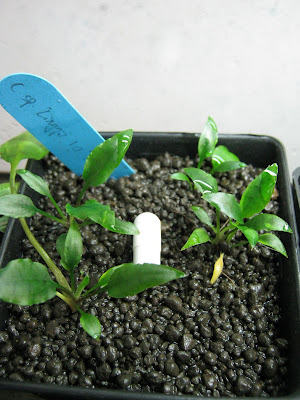 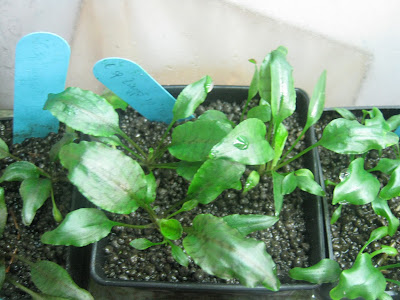 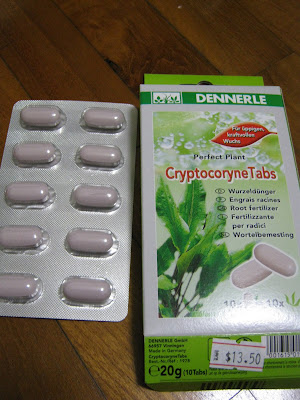 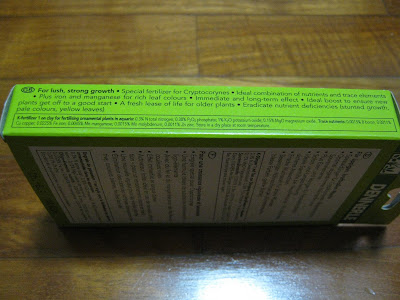 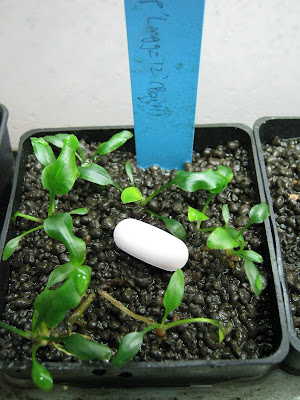 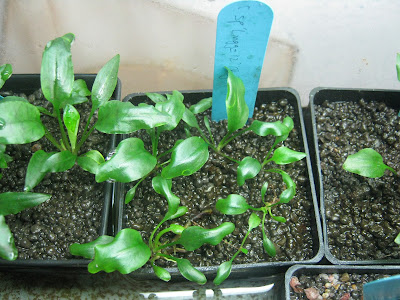 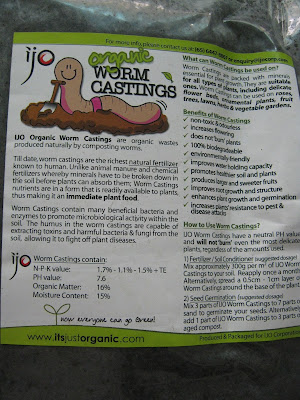 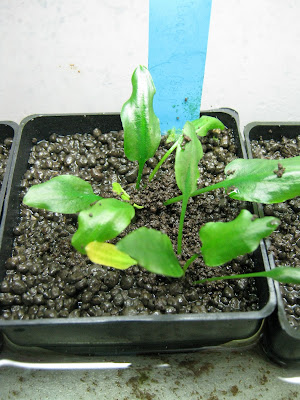 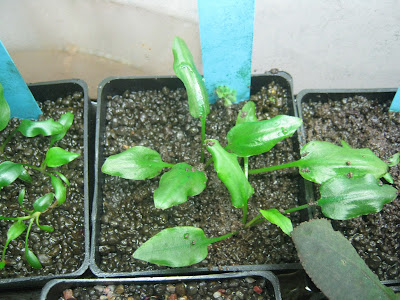 26th Sep2010 - Pot 4 (ijo organic worm casting)
So, with some many constraints and limitations listed above, I believed that the results should be considered as inconclusive and if that is the case, why did I ever bothered to make this blog entry?!?!?!?!?!?
Posted by illumbomb at 12:33 PM

But it does show Crypts respond to fertilization. Such trials are complicated, how do their constituent parts differ /overlap ? How do they compare with natural substrates. Do different species need different sunstrates ? At least you made a start.