I was lucky to have a chance to explore Sedili area of Johor State of Malaysia Peninsula again with my explorer friend. I had fond memory of this area as it was where we took a long and futile boat ride (see below) to search for cryptocoryne in heavy rain, i.e. this area was possibly the type locality for cryptocoryne x purpurea. 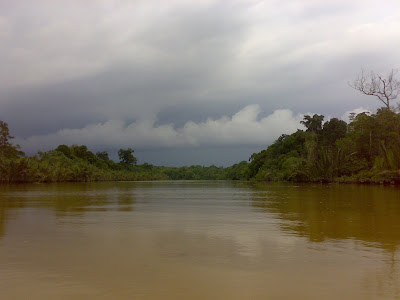 This time round, we reached a smaller river in a forest where we found cryptocorynes growing both submersed and emersed inside as well as along the banks of the river. Don't be decieved by the gentle looking river, my friend recently went back there and found the entire river flooded. 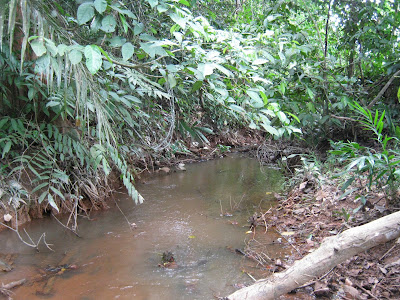 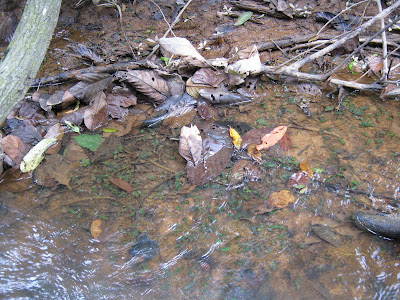 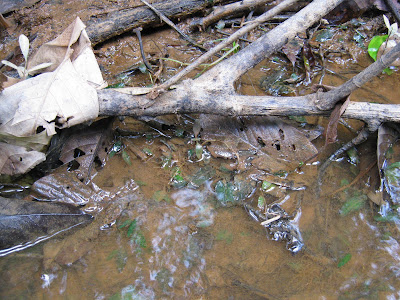 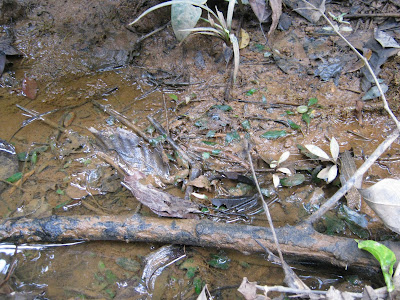 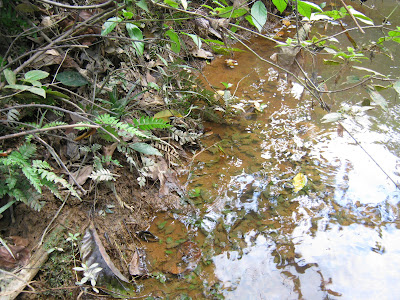 As usual recently, some videos are added to showcase the habitat.

These are photographs of the leaves of the submersed specimens. They are basically green in colour with faint markings.Note that the leaves had elliptic oval shape and that the base of the leaves ranged from cuneate to round to cordate. 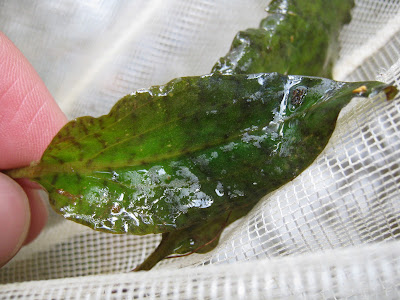 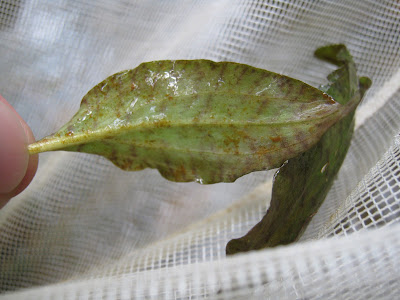 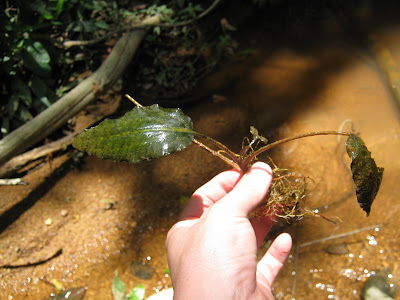 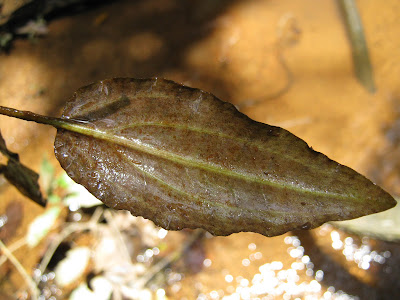 Notice also the very slight bullate of the leaves. 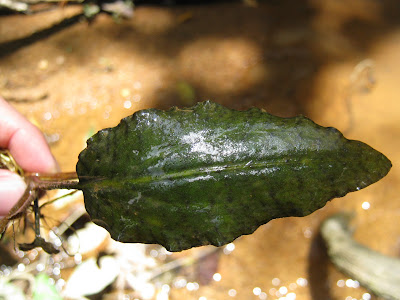 I found a small crab hiding among the roots of some collected specimens. 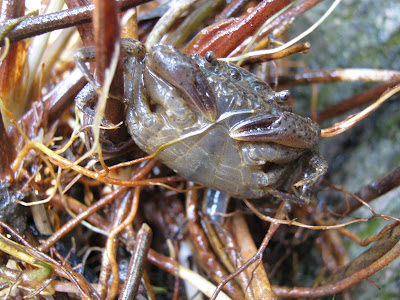 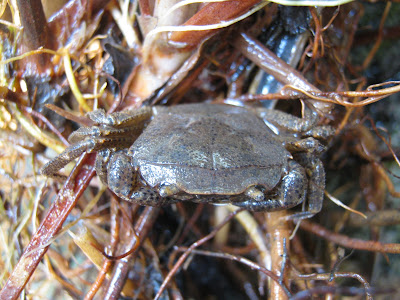 The bottom of the river was formed by coarse sand. 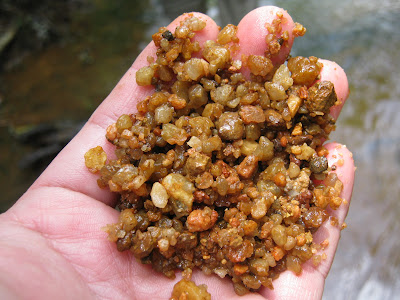 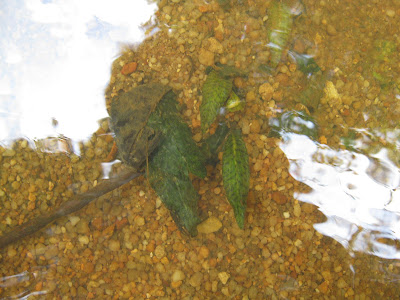 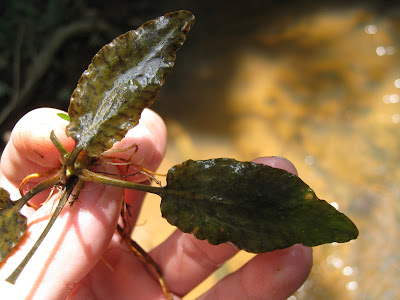 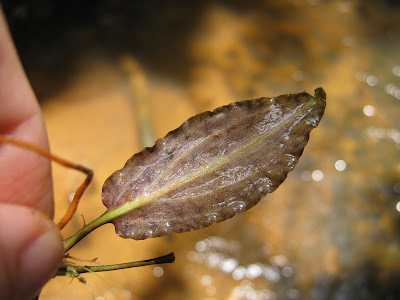 Pieces of clay were found among the sand too. 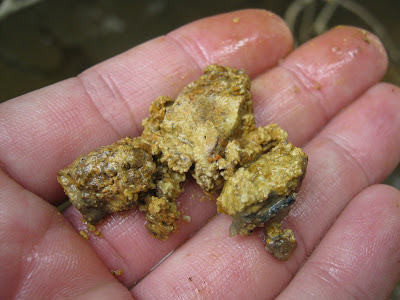 Emersed specimens were found growing abundantly along the banks. 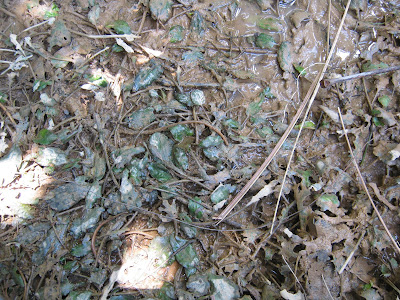 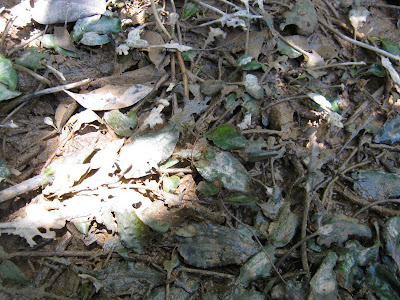 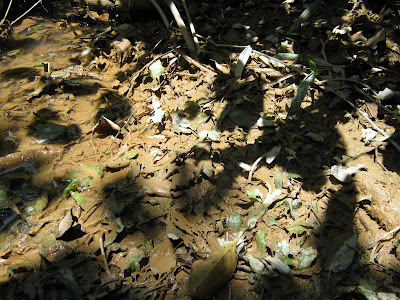 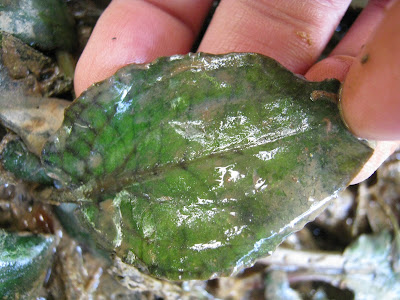 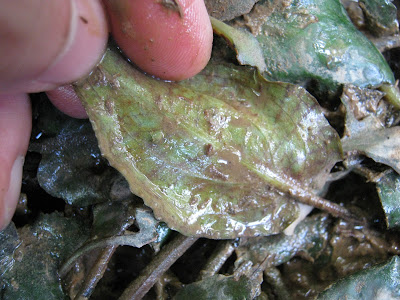 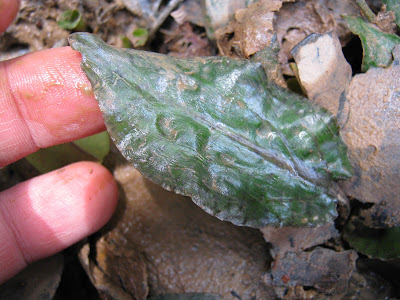 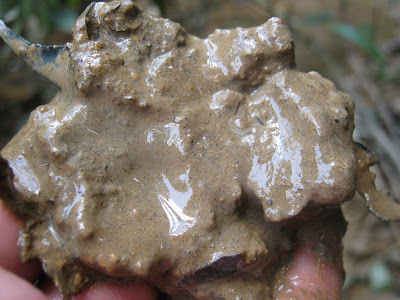 I caught another crab hiding among the emersed cryptocorynes. Is this a freshwater or brackish water crab or both since Sedili river discharges directly into the sea. 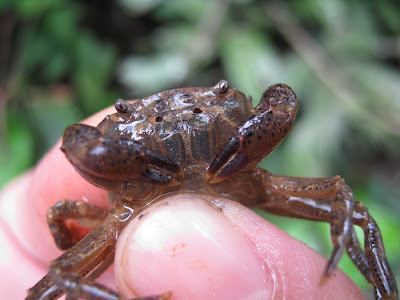 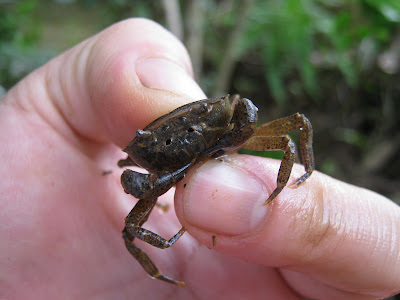 As usual, a pH and GPS check was conducted. The pH was found to be about 5.5 to 6 then. 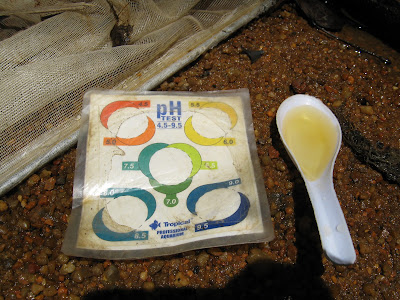 ﻿The current recorded species in Johor state are C. nurii, C. schulzei, C griffithii, C. longicauda, C. x.purpurea (considered by some as a hybrid between C. griffithii and C. cordata), C. cillita as well as the famous and possibly extinct (in the wild) C. sp. Kota Tinggi (considered by some as a hybrid too). This accounted for about half the species which could be found in Malaysia Peninsula, and majority of the above stated could be found along the eastern coastal side of Johor state.
Could these specimens we found be belonging to one of the species stated above such as C. griffiithii or could it be something new? My explorer friend compared the submersed leaves of these specimens to those shown on "the crypt pages" and felt that there might even be a possibility that this could be comparable to C. decus-silvae. Due to the high variability in terms of leaves appearance even within the same species, only experts cultivators of cryptocorynes can help to solve this mystery by quickly blooming the specimens to confirm how the spathe looks like. I shall term it as C. sp. Sedili 6 first (don't bother about the numbering, it is just my internal system to tie in with how my explorer friend identify the location).
Posted by illumbomb at 9:34 AM