I had a dream recently. I was in the forest with my explorer friend. It was a flooded peat swamp forest. We were sweating profusely and slightly short of breath, the 100% humidity was simply unbearable. 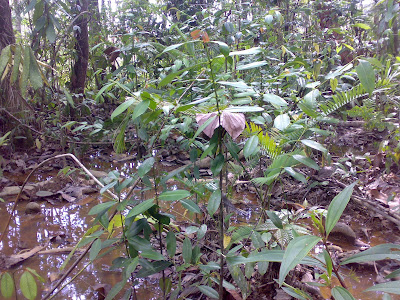 I tried to walk along on the fallen tree branches and trunks or on the protruding tree roots. I did not want to step into the muddy swampy ground. There were too much leeches around. I did not want to contribute this way to the nature. 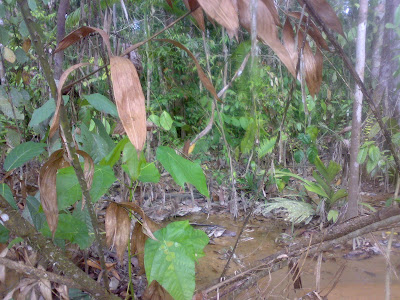 My seasoned friend can't be bothered. He was far ahead of me. He did not mind walking with his feet into the mud until the shin level. He was focused. He was searching. 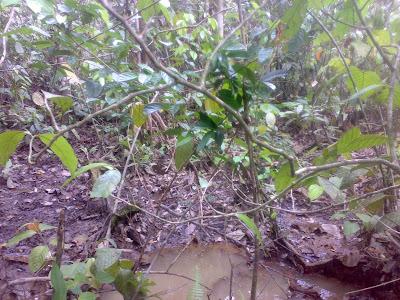 I cursed time and time again as I got caught by nature's hooks. I had learnt painful lessons to know not to simply try to pull away from the hooks once I get caught. I have to carefully dislodge the barbs from my body first. A minor cut was still sustained on my finger despite the attention given. 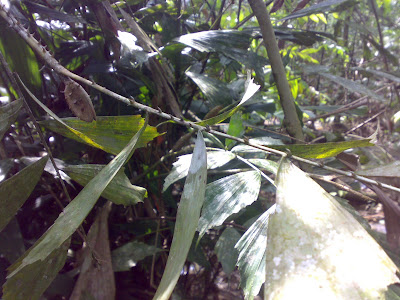 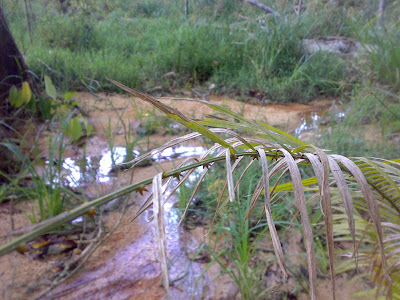 I scooped out a handful of substrate from under the water, it was mud. I tested the pH of the water, 5.5. The conditions were correct. 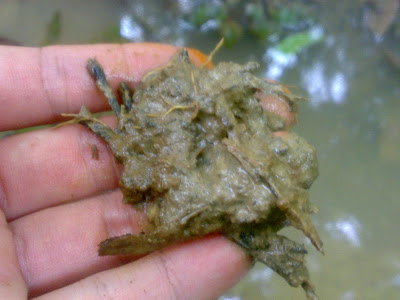 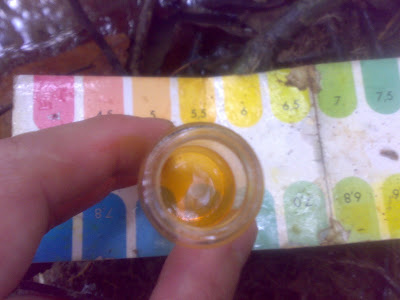 Then my friend called out: "Ahoy, I found it!". I gave up trying to stay above ground, striding in the mud, I reached his location and saw a glimpse of what he found. Cryptocorynes! 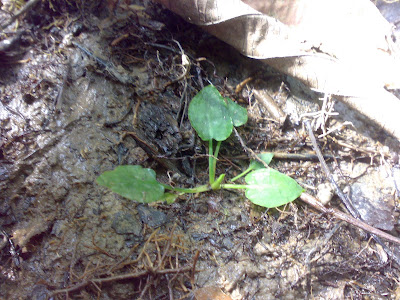 There were small pockets of them sparsely located. We had travelled sufficiently deep into the forest to locate them. 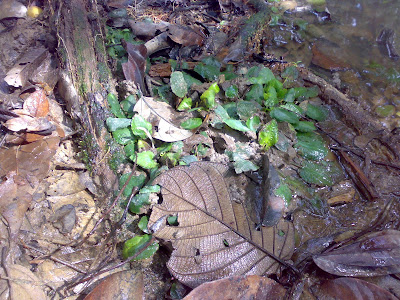 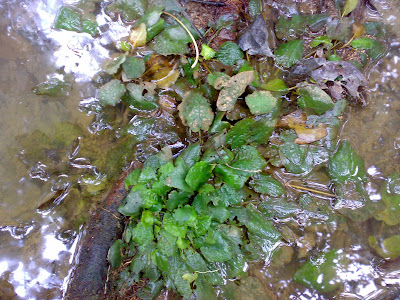 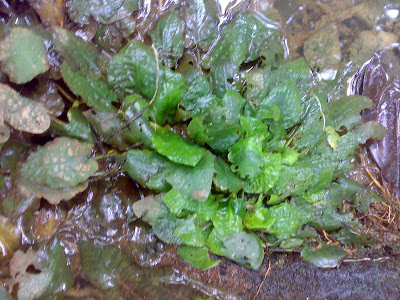 Although the markings on some of the submersed leaves clearly were clearly a characteristic of cryptocorynes, we were surprised. Their photographs posted by others on the Internet did not revealed such markings before. 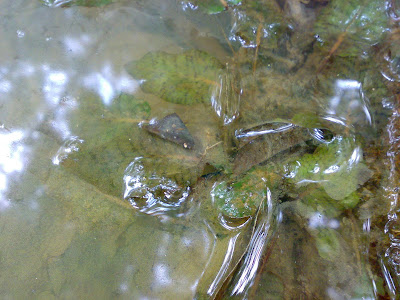 The emersed leaves are green in colour, round in shape with cordate base and slightly bullated. Thick layer of cataphylls formed around the base of the plant. 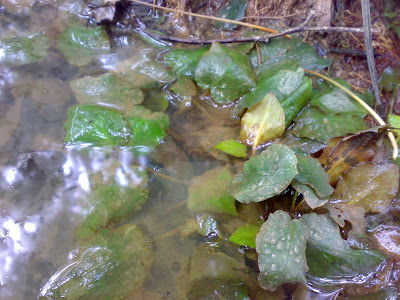 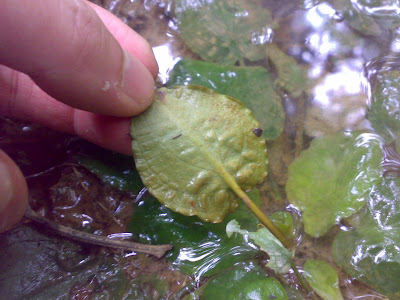 Suddenly we spotted a spathe, an unopened one. 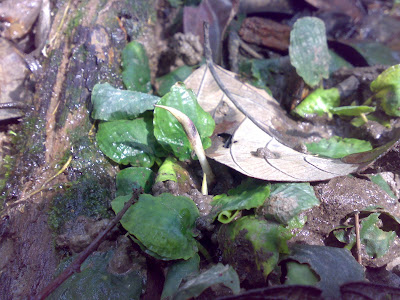 A fully opened spathe was then spotted. "Nothing spectacular about the flower.", commented my friend. 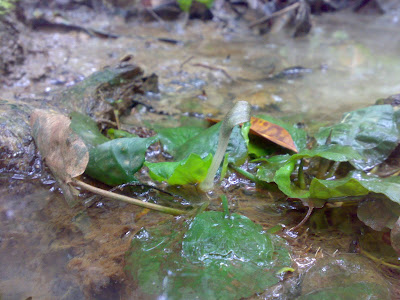 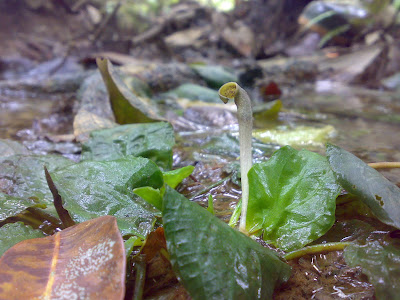 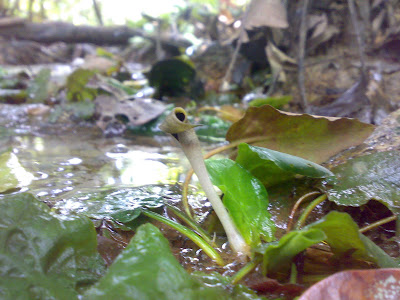 The leaves easily dislodged from the plant. I picked up a dislodged leaf which was floating around in the water. There was no doubt about the identification! 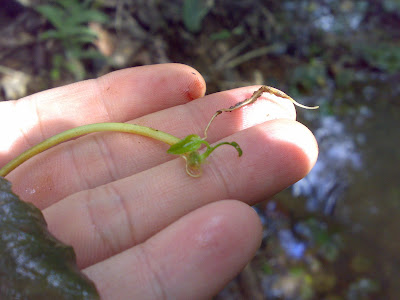 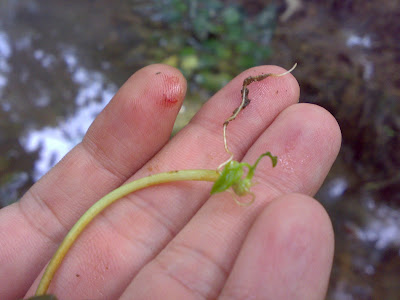 I woke up suddenly and the dream ended abruptly.