My explorer friend brought me to the forest beside a river connected to Tasik Bera (Lake Bera) in Pahang state last weekend. We were there to look for Cryptocoryne xpurpurea and hopefully find some flowering specimens in their natural habitat. According to my friend, the water level of the river had fallen by about 1 metre since he last went there. I measured the pH of the water, it was between 5 to 5.5. 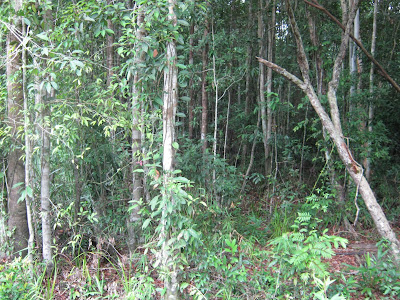 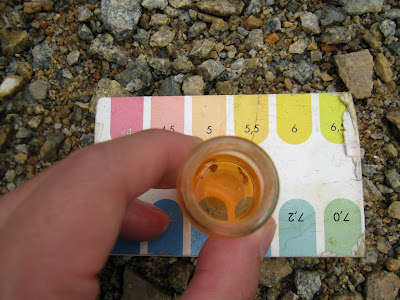 There were some boats docked along the bank of the river. We went to the nearby orang asli (indigenous people) houses, showed them some photographs of spathes of cryptocorynes and asked them whether they have seen such plants before. We were quite surprised when they replied us that they have not seen them before as my friend collected some at this same location previously.
We told one of the villager that we had collected the plants from inside the river and asked him whether he knew who owned the boats. He suddenly put on his clothes, walked out of his house and took out an oar with him and offered to give us a lift to search for the plant. It turned out that he owned one of the small man made wooden canoe.
I discussed with my friend that he should be the one going with the helpful villager on the canoe as I do not know how to speak Malayu and will encounter communication problems later. The villager, who became our boatman clarified with us that his canoe can take 4 person'. After slowly and carefully boarding the canoe (the canoe edge is just a few inches above water and can easily topple over due to its slender width), we were on our way. I was sitted at the rear of the canoe, my friend sitted in the middle helping to scoop out any water that occasionally would splash into the canoe. 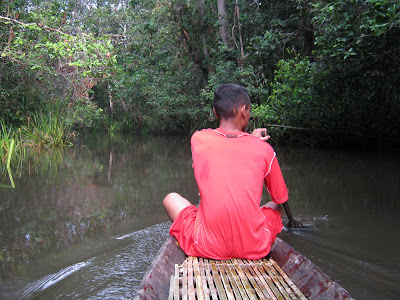 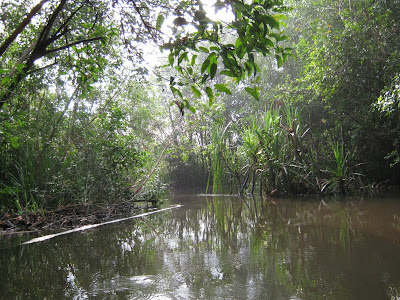 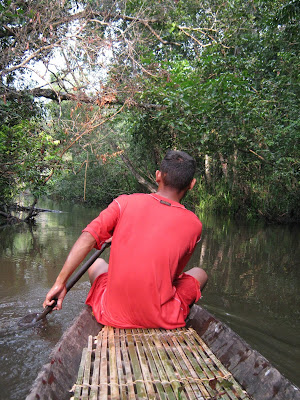 We asked our boatman to travel to the edge of the river instead, hoping to spot C. xpurpurea growing emersed along the bank. 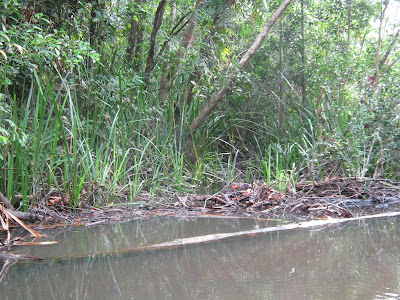 I started to find leaves of C. xpurpurea floating all around in the water along the edges of the river and picked up the leaves to show the boatman. When he saw the leaves, he told my friend that had he knew that we were looking for this plant earlier, he could have showed us already as they were all over! 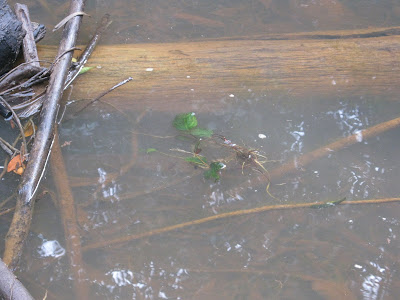 He docked the canoe to one side of the bank and jumped into the river. The river water level came up to his chest level at the deepest portion (i.e. mid of river), meaning that the depth should be about 1 metre deep (closer to 2m when my friend was there previously). 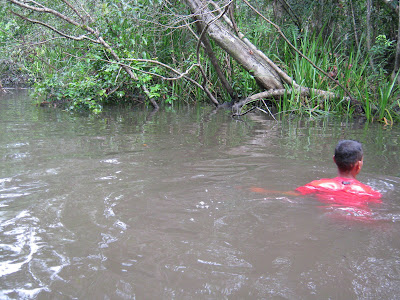 The boatman started to "fish" about using his legs (i.e. sole and toes). Suddenly, he seemed to have found something and lifted it out of the water into the canoe. It was a huge bunch of C. xpurpurea! 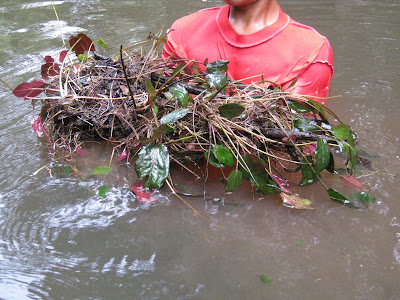 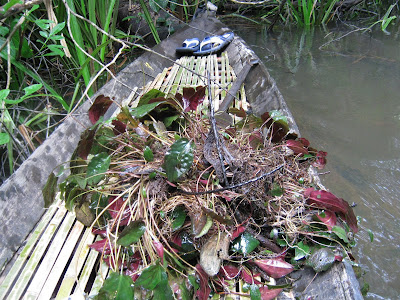 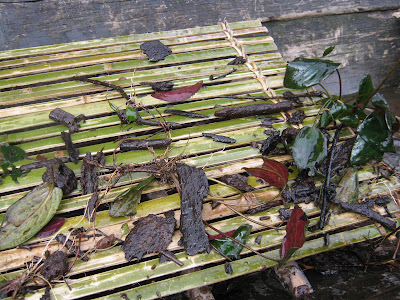 Below is a close up shot of the leaves of C. xpurpurea. Our boatman rowed us back to where we boarded the canoe since he had already managed to help us locate what we wanted to find. As usual, to support the orang asli communities, my friend paid him a token of appreciation and the boatman was shocked to receive the money (was it because he did not expected any returns when he offered to help us or was it because we were too generous with our token of appreciation?) and thanked us for it before we departed. 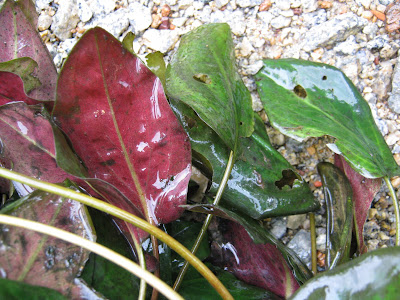 We did not managed to find any spathes this time round but I hope that I will have a chance to travel up the rivers of Tasik Bera again and be able to photograph them blooming in nature.