The first cryptocoryne we found around south Kalimantan was near Dayu but we failed to locate any spathe. From 'the crypt pages', it was recorded that only C. cf. cordata was found around this region so we guessed that this should likely be C. cf. cordata too. 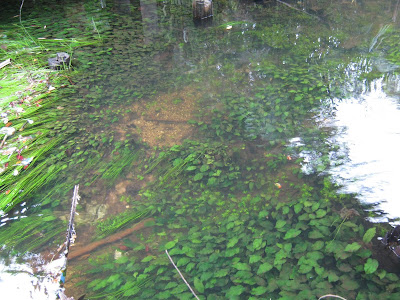 The river water level was high and all the cryptocorynes found here were in submersed condition. We were told by our driver that the rainy season was not over yet and encountered a few heavy rain pours during our 3 days 3 nights trip there. Large carpets of cryptocorynes could be found. 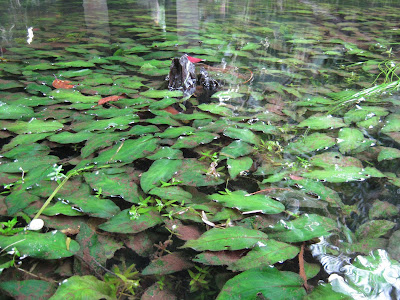 The cryptocorynes were growing with some beautiful long stem water plants with greenish leaves with serrated edges. 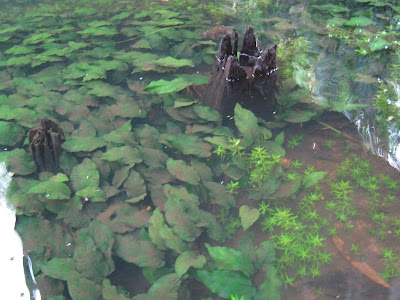 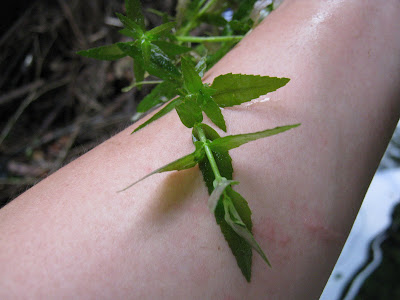 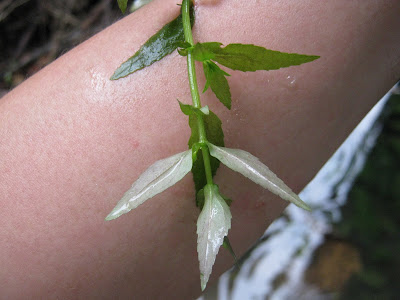 The leaves of these cryptocorynes are one of the larger ones which I had found so far. The underside of the leaves were very purplish in colour. 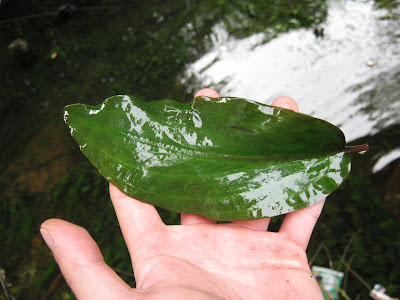 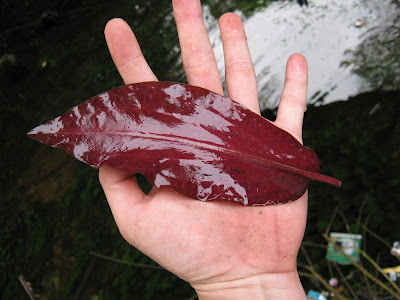 The substrate of the river was formed with fine sandy base mixed with pebbles and the pH of the water was rather low at around 4.5? 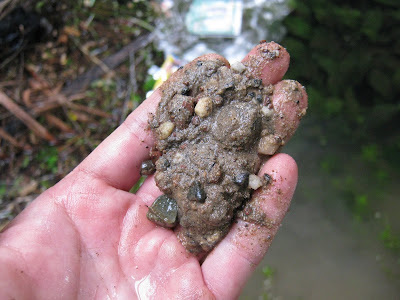 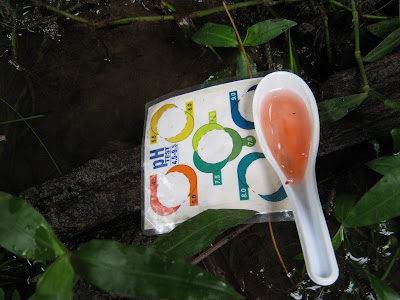 Oh, and did I ever mentioned before that we frequently found cryptocorynes growing in rivers used by the local for washing clothes, bathing, and disposing of human waste? This was no expeption. Always ask to use the toilet when you can't find the cryptocorynes! 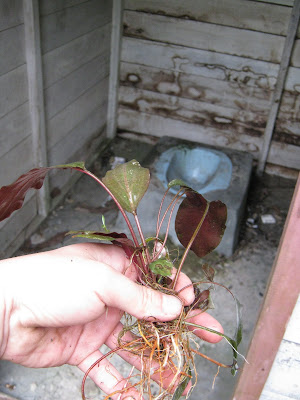 Posted by illumbomb at 5:43 PM

I wonder if this is the source of this plant: http://images.aquaria.net/plants/Cryptocoryne/g/GRA/c_drew/

Which is almost certainly not grabowski. All that's know is it was imported as C. grandis in 1950.

Jan traced the importation record back to Kalimantan

The PH of the tank that I keep the Cordata sp. C grandis in has a PH of 7.4 and a TDS of 170. which is the way our water comes from the tap.