By the time we reached Kampong Sabal Kruin area, it was just before sunset. If you search for C. uenoi on the Internet, you would find many references (i.e. on collectors' blogs) of C. uenoi originating from Sabal Kruin in Sarawak.

Another reason why I wanted to locate this was because my C. uenoi 'Sabal Kruin' in my collection recently suddenly melted and died. Locating this would allow me to better understand their natural habitat in order to hopefully grow them better next time. 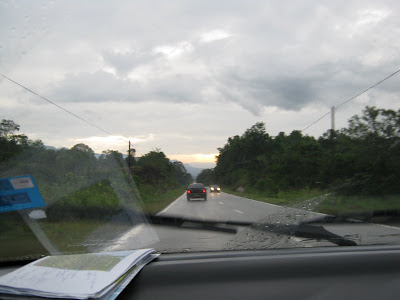 It was already considered dark by the time we reached Kampong Sabal Kruin area where C. uenoi supposedly could be found, as can be seen from the photographs shown below. 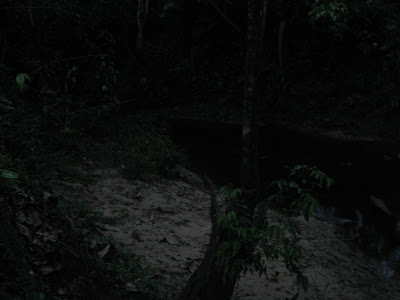 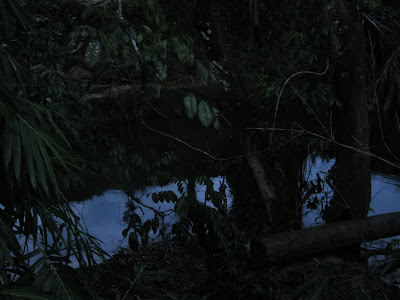 Luckily I still managed to spot a bunch of cryptocorynes gowing submersed inside the river despite the darkness. 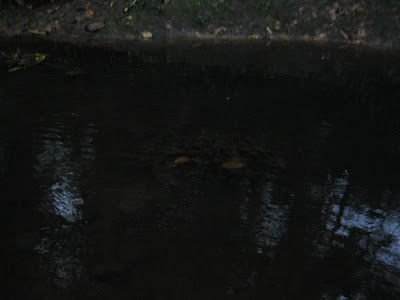 The river base was sandy and the pH of the water was about 6.5. 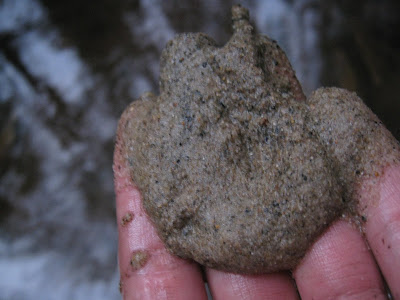 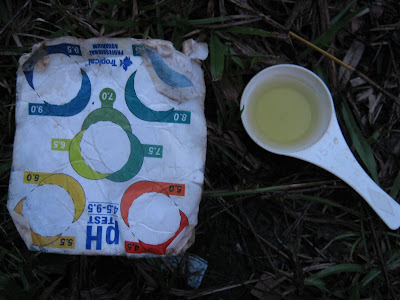 Below are some close up shots of the leaves, I think the photographs might had turned out better if I had used flash. 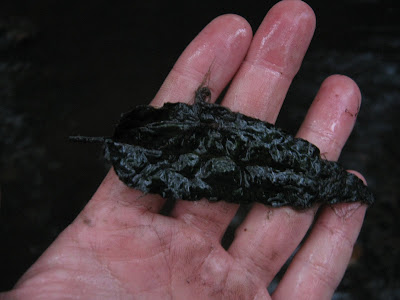 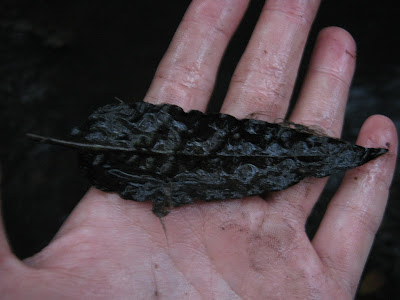 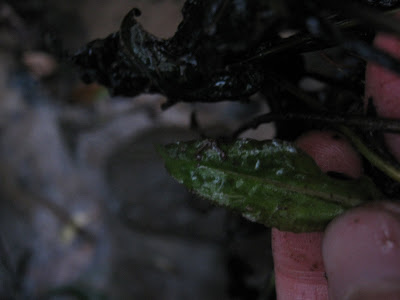 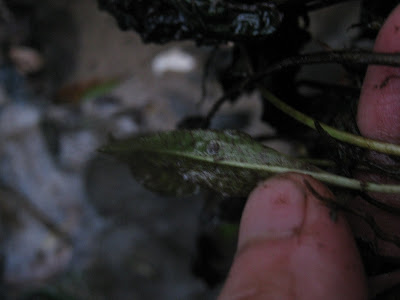 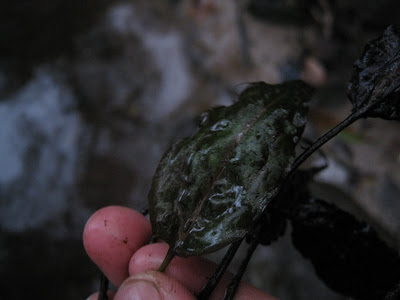 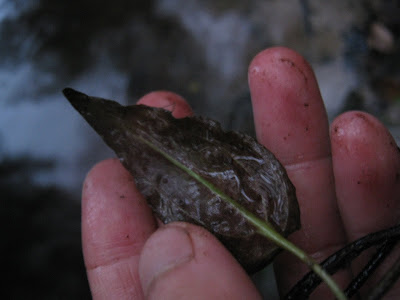 As it was really too dark to continue our hunt, we did not bother to try to search for other patches of cryptocorynes there to locate a spathe to confirm the identity. I hope those people who previously located specimens in Sabal Kruin area had already found spathes to confirm that those cryptocorynes were really C. uenoi, and that only one species of crpytocoryne (i.e. C. uenoi) could be found growing at the location.

We called it a day and ended our findings for my 1st trip to Sarawak. We passed by our targeted last location, Kampong Kerait area where C. ferruginea supposedly could be found, on our way back without stopping as we were not armed with torch lights.

Posted by illumbomb at 9:55 AM