On day 2, we went up Gunung Besar ("Gunung" = "mountain", "Besar" = "big"). At around altitude 200m plus (according to our cheap GPS which I felt the altitude readings could sometimes be rather unstable and inaccurate), we found a fast flowing river (it rained heavily the night before for the whole night). My explorer friend thought he saw some black patches along the river bed at the other side of the bank so we walked to the river side to explore. 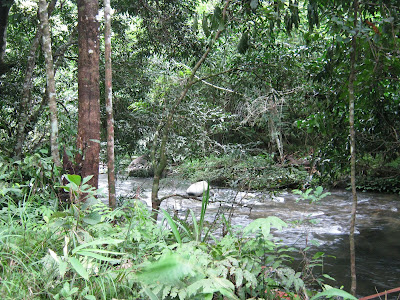 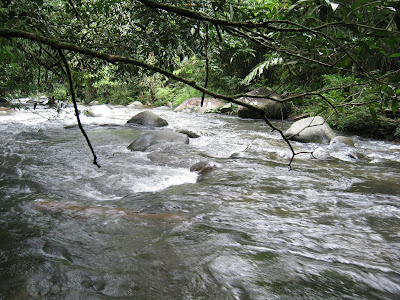 My friend was wrong, the black patch was some flat rocks submersed under water. Instead, I saw a small patch of submersed plants growing at our side of the river bank. 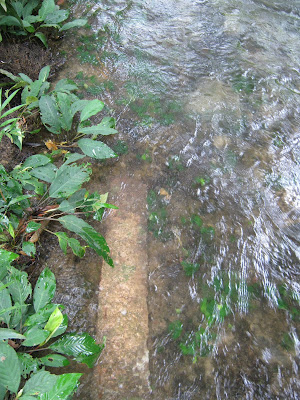 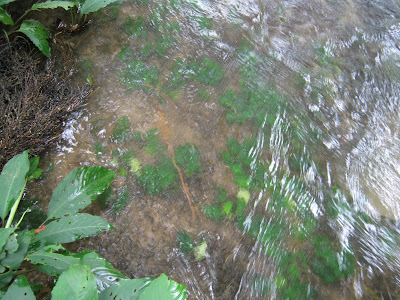 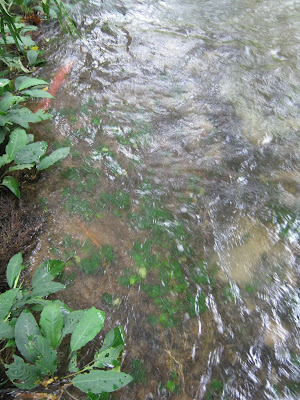 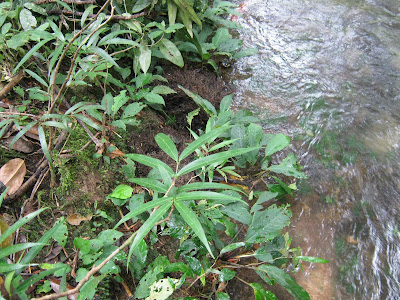 I reached in and plucked a leaf out to see what type of plant they were. Cryptocorynes! Yeah!!!!! We were luckily for if my friend had not mistaken some submersed rocks as patches of plants, we would not had walk to the side of such a large and fast flowing rocky river and found this small patch of cryptocorynes. 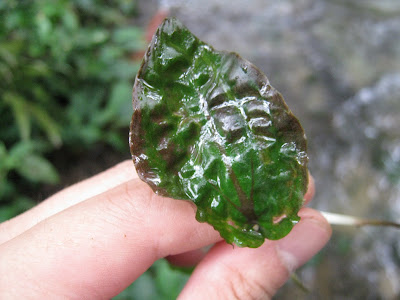 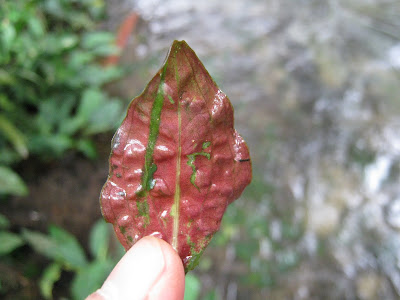 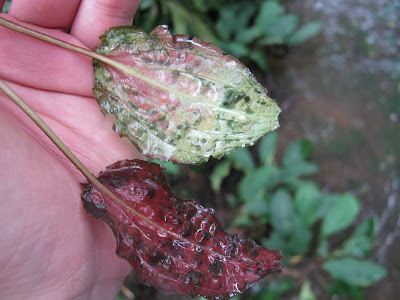 The river bed was sandy and the pH of the water was rather high, about 7.5to 8.0. And because of the high altitude, the water temperature was rather low. 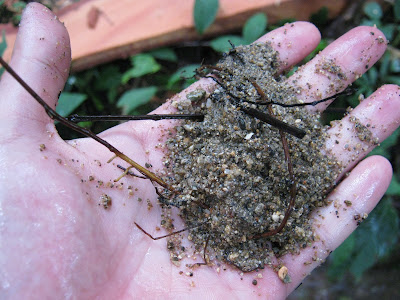 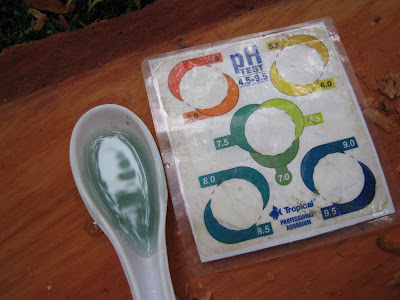 As it was rather late already, we hurriedly collected some specimens and moved on. Upon reaching our hotel that night, I examined the collected specimens and found one with a blooming flower which looked like an orchid (haha just joking). 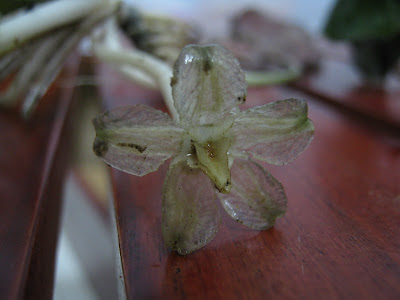 An unopened spathe was found. I thought it looked that belonging to C. striolata / keei / hudoroi / etc. type of cryptocorynes with long slender twisted tail at the tip of the limb. In accordance to the information recorded on 'the crypt pages', I would termed them as C. cf. striolata here. 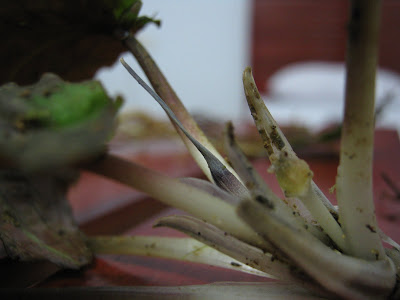 The specimens had deep rizhomes to attached themselves firmly onto the sandy bed of the fast flowing river. 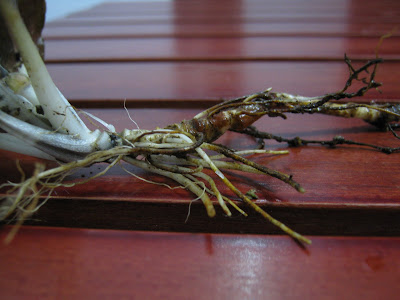 One characteristic of these specimens was the reddish "chicken feet" veins found on the leaves base. The bullate leaves were cordate in shape and were greenish to brownish in colour (the mix of colour being highly variable). The underside of the leaves was typically reddish in colour. 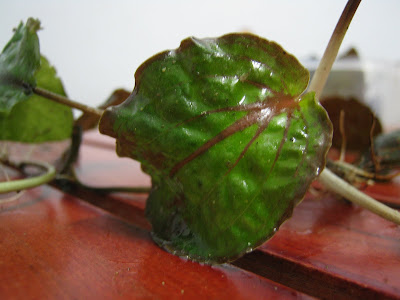 Would low temperature be a important factor to sucessuful cultivation of such specimens found at such high altitude?
Posted by illumbomb at 10:45 AM