From the crypts pages, it was stated that C. cordata var. grabowskii could be found in west Kalimantan, quite near to where C. keei is expected to be distributed. We however did not managed to locate C. cordata near to where we found C. keei during this trip.

Instead, we found C. cordata when we veered off our planned route for a while and travelled along one of the road leading to Sarawak. We found a carpet of cryptocorynes under one of the many bridges which we passed by. The leaves are dark green, heavily bullated with purplish undersides. 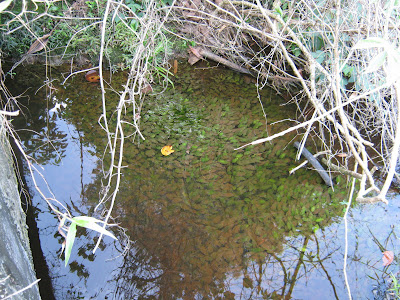 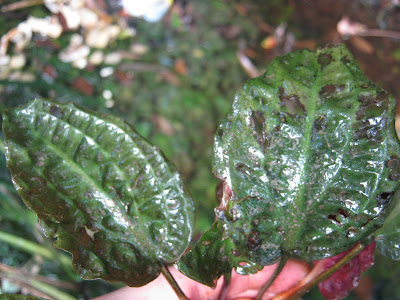 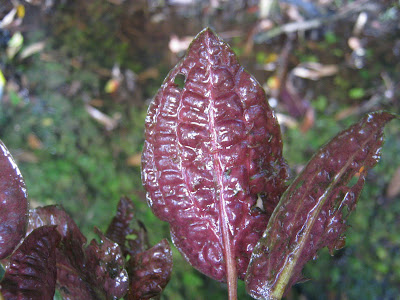 Trekking upstream for a while, we reached a section of the stream where the depth became much shallower and emersed cryptocorynes could be found along the banks. There we found 2 opened spathes to confirm that the cryptocoryne should be C. cordata. 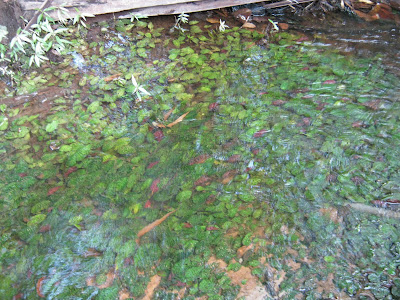 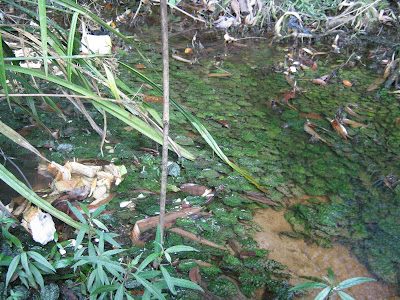 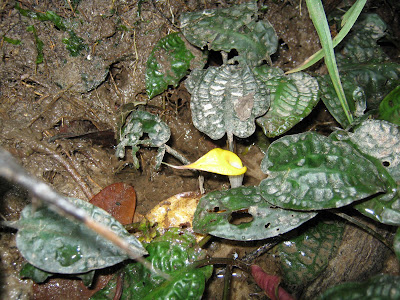 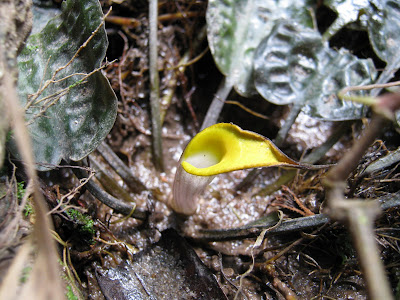 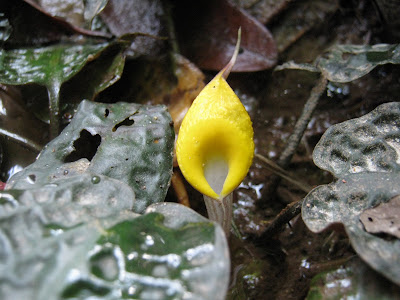 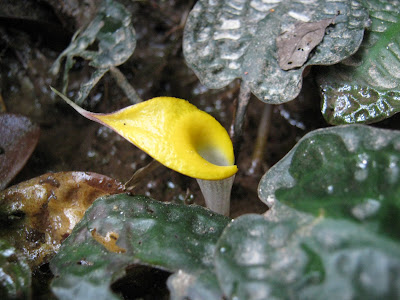 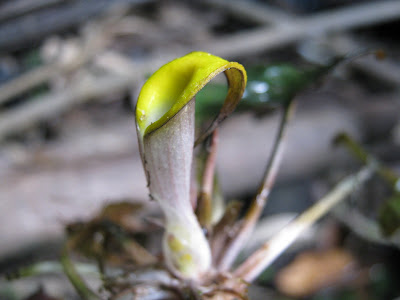 However, when we cut opened the spathe, there was no purple coloured kettle walls which supposedly should be a characteristic of C. cordata var. zonata. 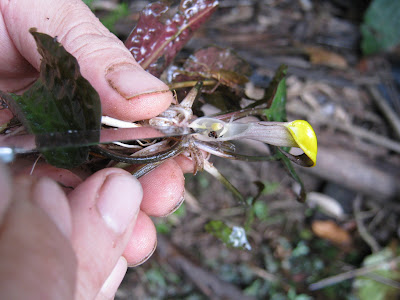 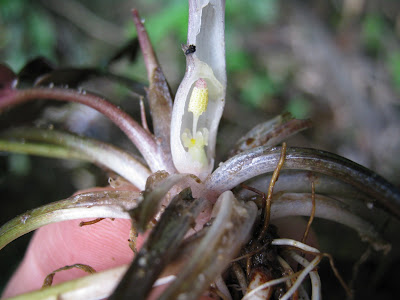 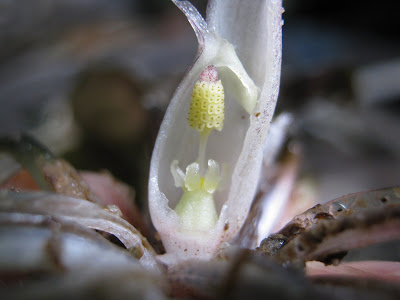 I therefore will leave it to you to decide yourself the variety of this species of C. cordata which we found. The stream has a sandy bed with pH of about 5.5. We found a specimen with attached fruit too. 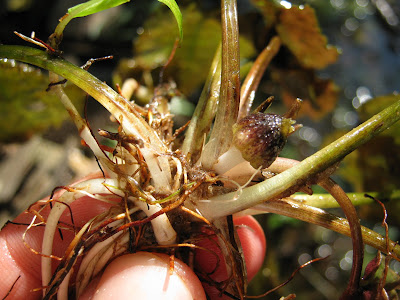 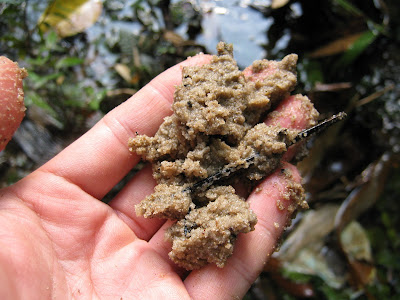 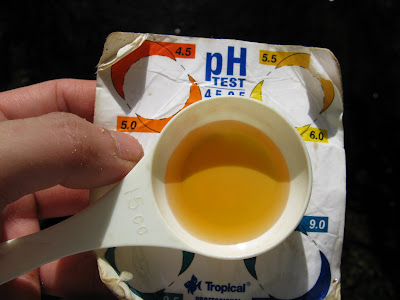 Posted by illumbomb at 2:26 PM