We originally planned to take a ferry from Singapore to Batam and then fly to Natunas Islands but to our dismay when we reached the airport, we found out that just a few weeks ago, Riau Airlines had cancelled their regular Friday and Sunday flights to and fro Natunas Islands due to the lack of passengers to ensure profitability. 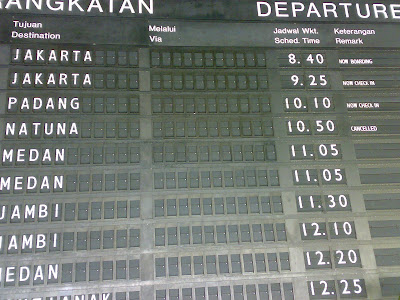 As my friend had just came back from Sumatra, we decided to try a new place in Indonesia instead and Kalimantan immediately struck our minds. We went to Batavia Air's counter and bought tickets for the earliest flight to Kalimantan, which was to Pontianak at West Kalimantan. As there was still more than 1.5 hours to the check in time, we took a taxi to the nearest Internet cafe to download and print a few maps showing the main road network and cities in Kalimantan as well as a Borneo cryptocoryne distribution map which we formulated earlier, not knowing that the day we needed it came so fast. According to our cryptocoryne distribution map, C. keei, C. codata var. grabowskii, C. pallidenervia, C. ferruginea, C. fusca and C. ideii could be found in west Kalimantan. 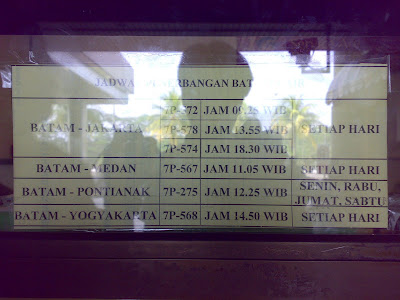 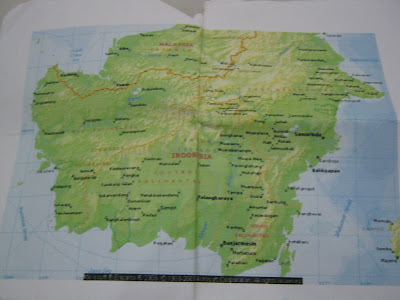 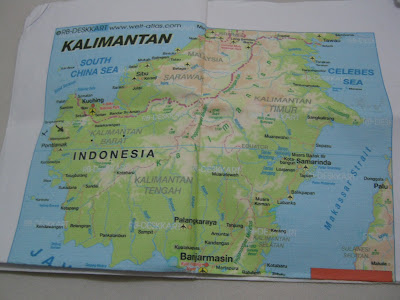 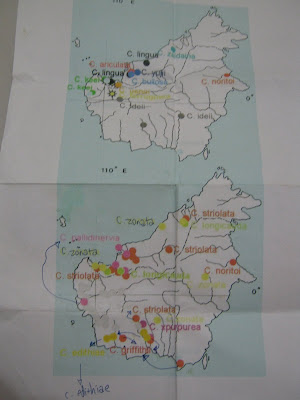 It was a interesting trip for me as this was the first time I travelled to Kalimantan. The roads we travelled were lined with alternating pockets of plantations, paddy fields, forests and villages. The villages usually would have places for worship (i.e. temples, church, mosque, etc) and cemeteries which will give you an indication of what type of village they were (i.e. Malay, Chinese, Dayak, etc). There were no tap water supply for these villages so the villagers depends on the rivers for water supply, washing clothes, bathing, toilet, etc. These are the same rivers which cryptocorynes could be found. 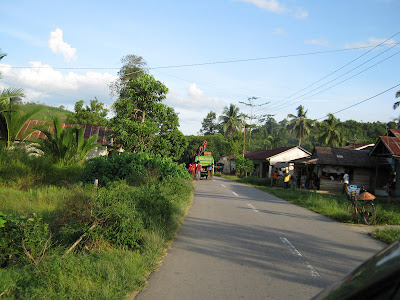 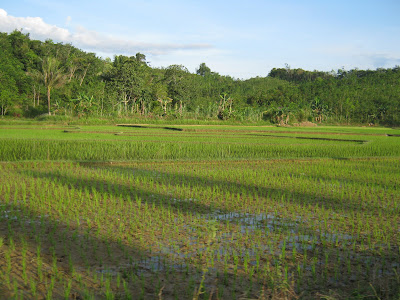 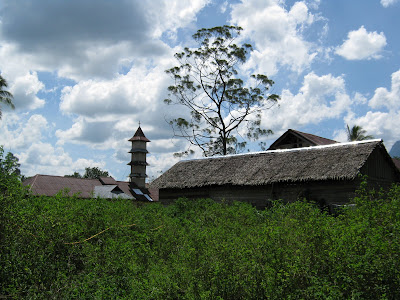 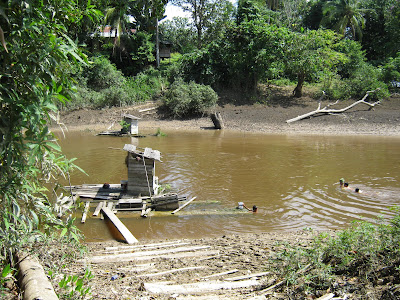 It is quite dangerous to travel around in Kalimantan, the roads consist of two single bi-directional lanes, marred with pockets of potholes and depressions at various stretches. The villagers walk and sit on the sides of such roads, nonchalant about the danger they posted to not just the drivers but to themselves. Coupled with the large amount of motorcycles and bicycles travelling along the sides of the roads, cars were forced to drive on the centre line (if any at all) and veering to the sides only when cars from opposite direction approached. Pigs, goats, chickens and cows frequently crossed such roads too and according to our driver, compensations needed to be paid if one knocked down any of these poultry. 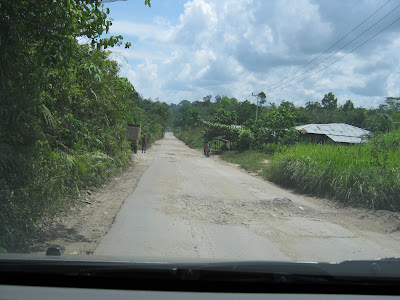 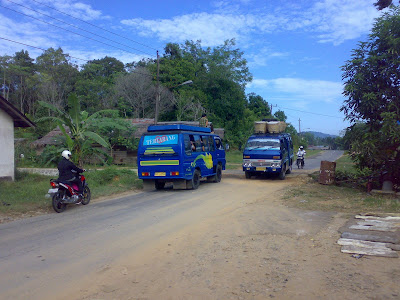 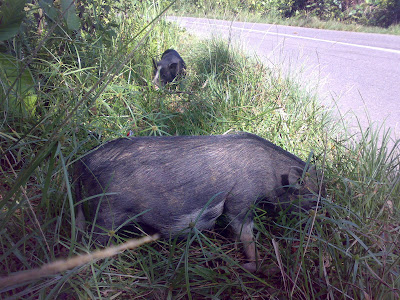 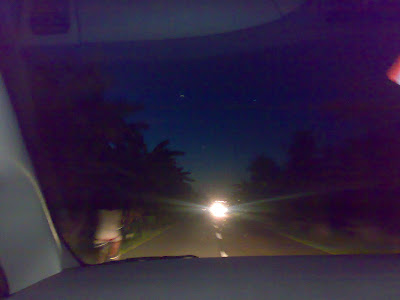 As we only had 2 days available for hunting, we rented a car and started our road trip at 6am daily and ending our search at 6pm when the sky got too dark, and reaching our designated resting city usually past 10pm. My friend speculated that majority of the previous cryptocorynes and betta hunters must have travelled along established roads and searched the rivers and streams adjacent to these roads. He was quite right, we managed to find 9 locations with cyptocorynes, of which for 7 of these locations, cryptocorynes could be found growing directly under the bridges. 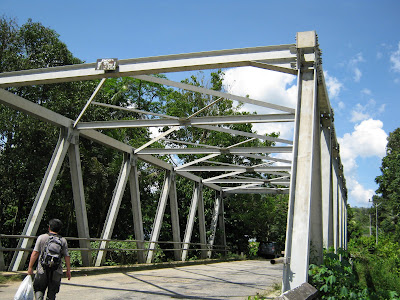 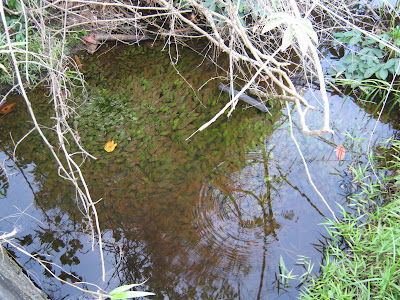 I will separately post entries on the various species of cryptocorynes we managed to locate.
Posted by illumbomb at 10:52 PM