During our last Sarawak trip last month, we were trying to locate C. auriculata from Sungai Entabei as stated in "the crypt pages". However, by the time we managed to reached Sungai Entabei which was a very big river (at least the portion that we went to), it was past sunset already. We therefore had to made the painful decision to gave up trying to locate this species totally as we had many locations we wanted to cover within our limited 3 days trip and could not waste a few hours just to try to locate one species.

This trip, we decided to locate C. auriculata from Sungai Mador instead which proved to be a much easier option. The river was along the alternative route to Sibu which we missed during our last trip. The C. auriculata could be found growing emersed on the river bank under a big flowering tree . I had seen this species of tree along a few streams in Sarawak but do not know the name, any suggestions? 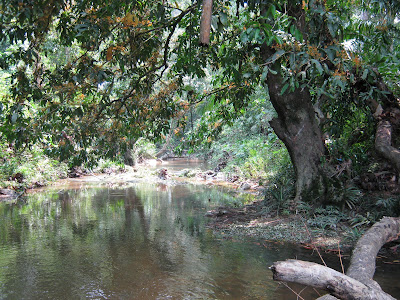 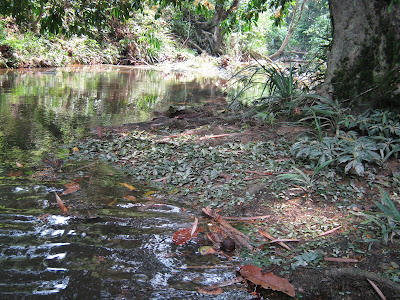 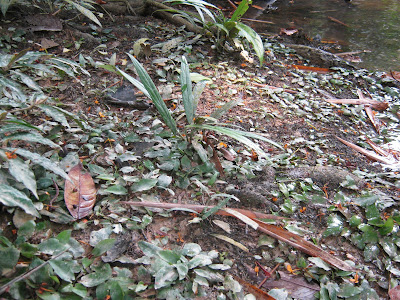 The leaves of the C. auriculata located in this river did not have the striking markings which were sometimes found on that from other localities. They were greenish in colour both on the upper and undersides and only had light markings. 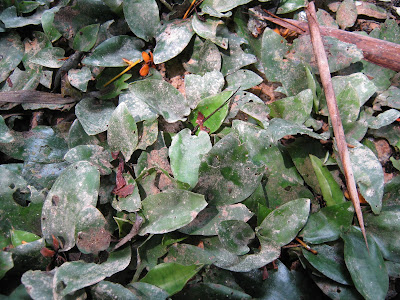 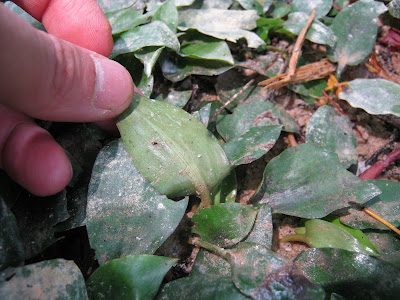 The cryptocorynes growing nearer to the water were submersed. 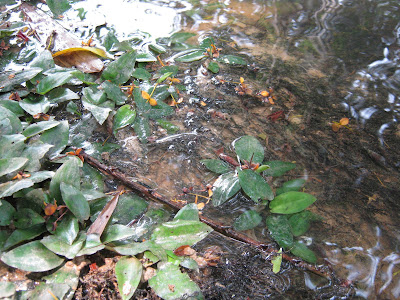 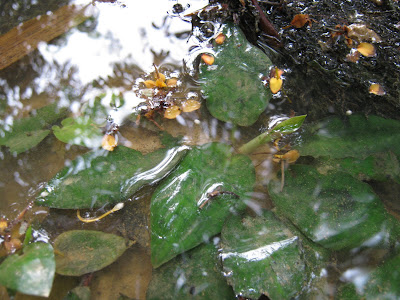 Sadly, we only managed to locate an unopened spathe. 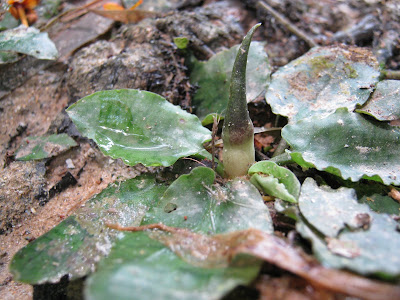 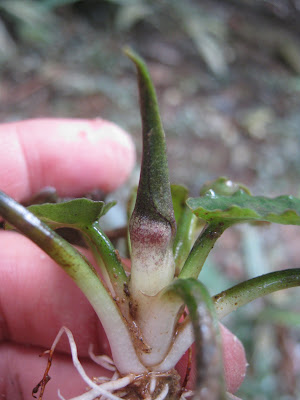 We also located a few specimens with variegated / albino leaves (due to some sort of deficiency?). My friend told me that some people were willing to pay higher price to purchase such specimens?!?! The question to ask is whether such variegation is stable and permanent? 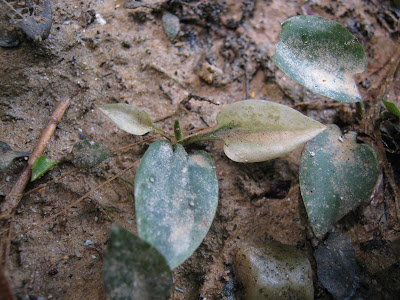 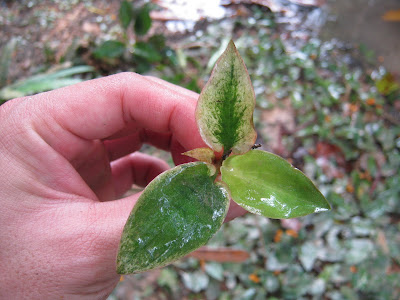 The pH of the river water was about 6.0 to 6.5 and the river bed consist of mainly sand as could be seen below. 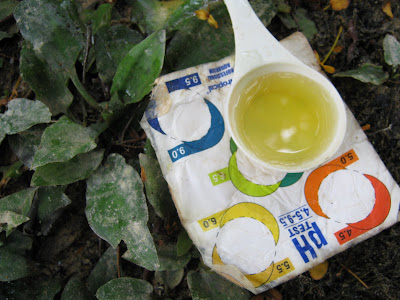 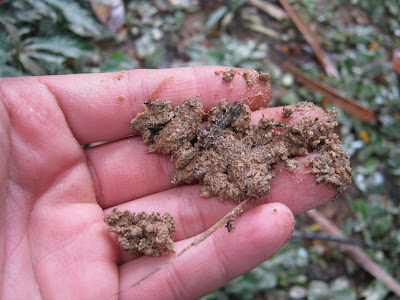 Posted by illumbomb at 3:32 PM