There were many forests located along both sides of the road to Lundu. We bashed into the forest on the other side of the road further from where we found C. cordata var. cf. grabowskii in attempt to locate C. x purpurea from Lundu. After a while in the forest, we reached a stream where we found patches of cryptcorynes growing therein. 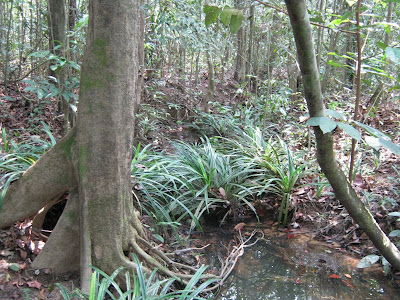 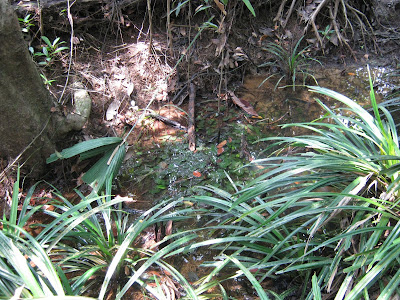 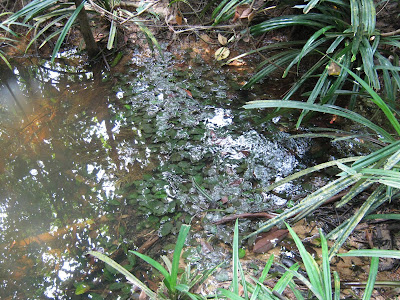 The pH of the water in the stream was about 6.4. The submersed leaves were green in colour both on the upper and under sides. 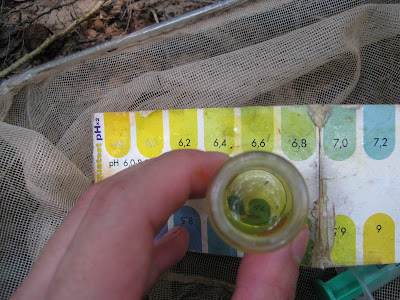 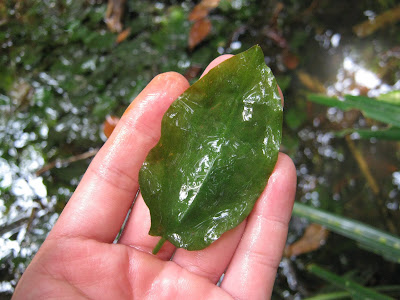 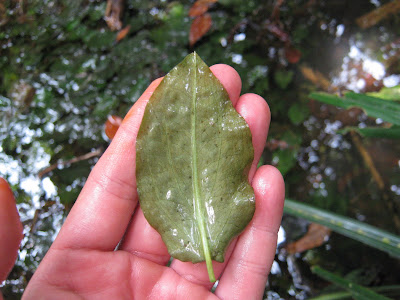 We tried searching for a blooming spathe and could only manged to locate an unopened one sticking out of the water. 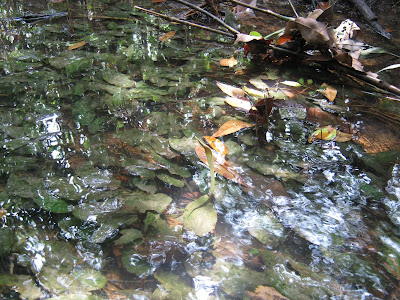 Below were some inhabitants of the stream. 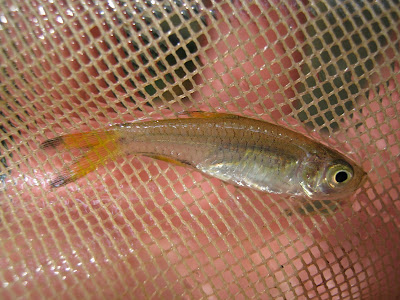 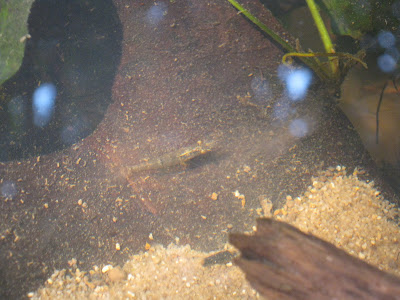 There were some patches of cryptocorynes growing emersed along the sandy beds of the river too. 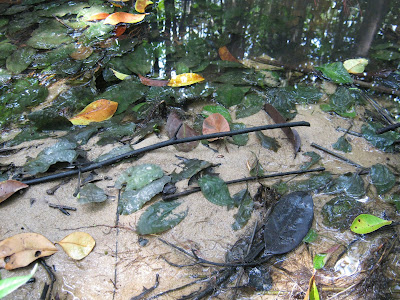 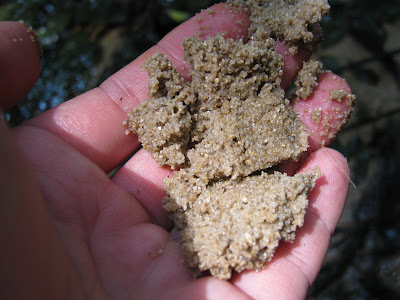 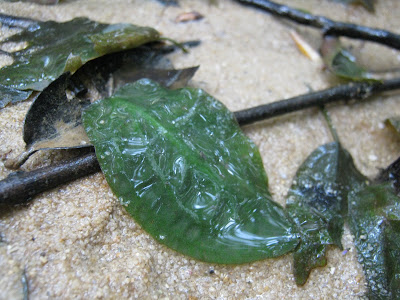 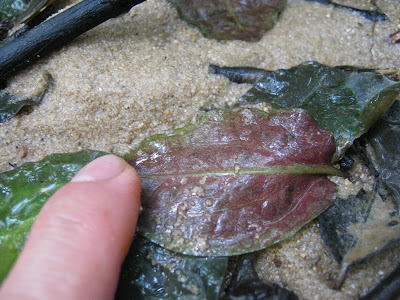 The enemy we needed to fight against the most often in the forest were mosquitoes. Some of those commando level ones were not afraid of mosquito repellents and could sting through our clothing. I managed to take quite a few photographs of them while they simply concentrated on sucking my blood. 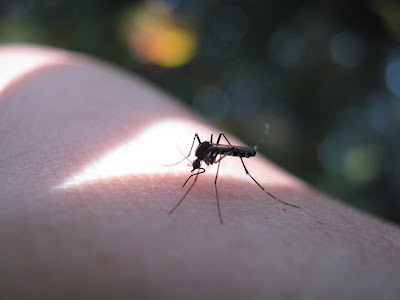 We collected the specimen with the attached spathe back. Below are the close up shots of the spathe's limb and kettle. We were not able to identify the species just from this spathe but we guessed that it could be related to C. cordata. 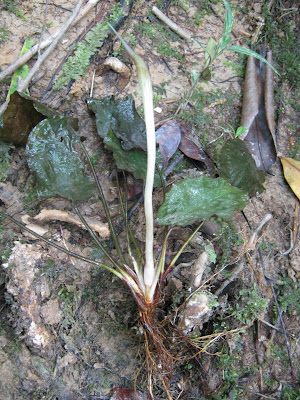 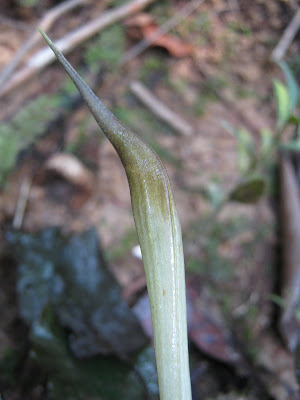 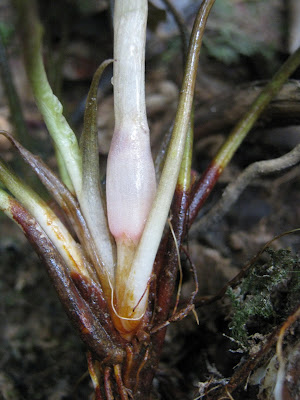 Unfortunately, the spathe melted again in my tank (now you know how lousy I am in terms of cultivation skills) and this time,it was the kettle portion which melted. 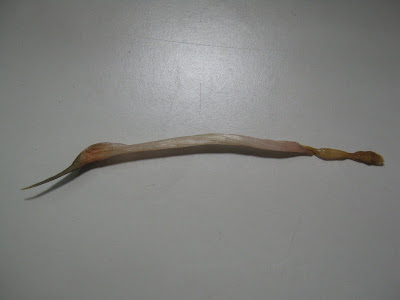 I managed to cut open the limb and discovered that the collar portion was yellowish in colour while the upper portion of the limb looked as if it could be reddish in colour. 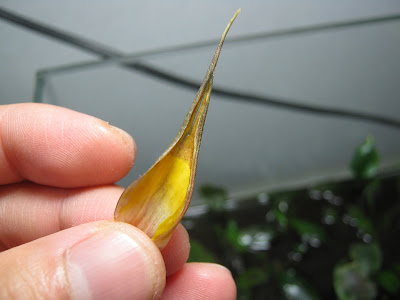 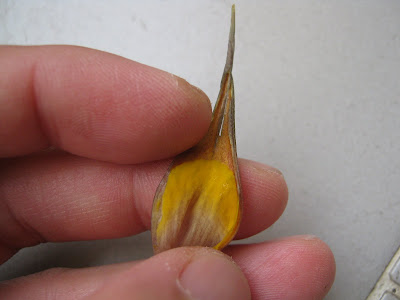 I am confused about what this species could be based on the colour of the spathe. Possible candidates with such yellow + red coloured limb included C. xpurpurea, C. cordata, C. edithiae and C. pallidinervia? My guess is more inclined towards C. cordata, what about you?
Posted by illumbomb at 6:40 PM