Along the way back to Kuching, we stop by Pantu area again to search for C. longicauda with brown coloured leaves. The peat swamp forest around Pantu is quite large and this time round, we entered the forest from Lachau side. We bashed into the forest and found a small stream in the forest with C. longicauda along the stream banks. 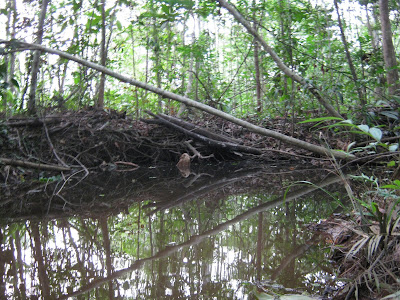 The blurry photographs below clearly showed that I have not mastered how to take good photographs using auto point and shoot camera without flash and tripod in a dark forest... :-P The C. longicauda growing on the upper sides of the stream banks had browner leaves as compared to those growing along the bed of the stream. 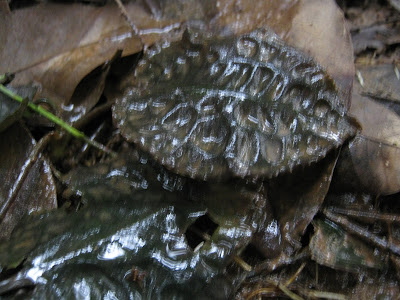 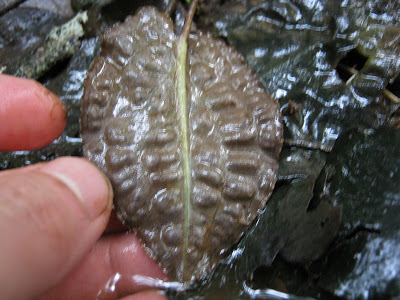 Below is a shot of the habitat with flash on. 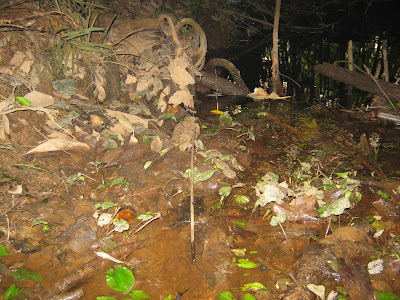 We found an unopened spathe and when I attempted to take a photograph of it, I was taken aback when the face detection frame suddenly appeared on the screen of my Canon A480 digital camera. The camera actually detected the yellow leaf with holes beside the spathe as a face!!! 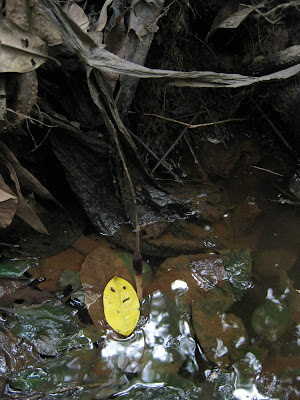 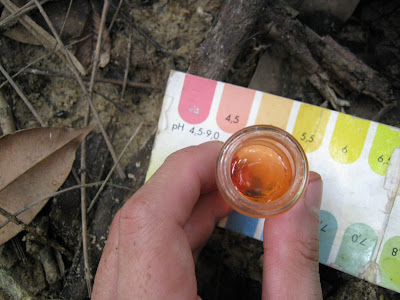 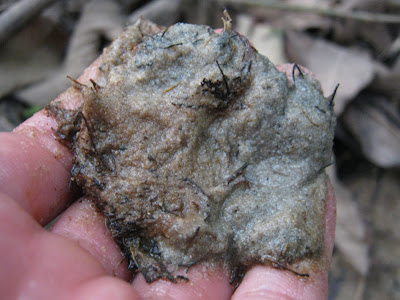 By the time we scrambled out of the forest, it was already sun set time again. Sigh, we were too ambitious trying to cover many locations along Sibu to Kuching and did not have enough time left to explore Sabal Kruin and Sungai Kerait areas again!!! 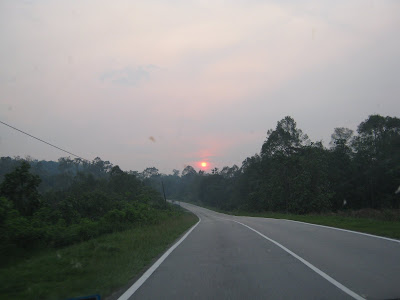 Posted by illumbomb at 7:00 PM