Adding sand into the substrate mix to improve growth

I had 2 pots of C. striolata collected from Sarawak, one with ADA Amazonia mixed with Ocean Free Super Pro-Peat Granule (pot A) and BE-1 organic fertiliser, the other similar except that SUDO Crystal Orange Sand was mixed within the substrate as well (pot B). 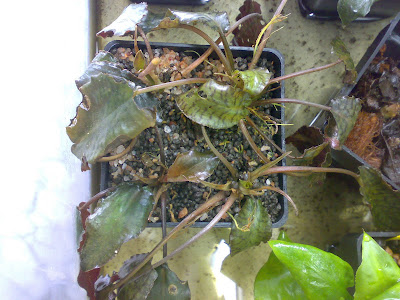 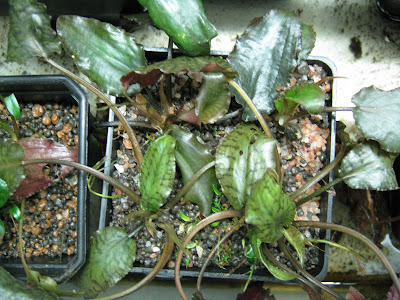 I therefore decided to add the same sand mixture into pot A too (see below) to see if the growth would be improved thereafter. 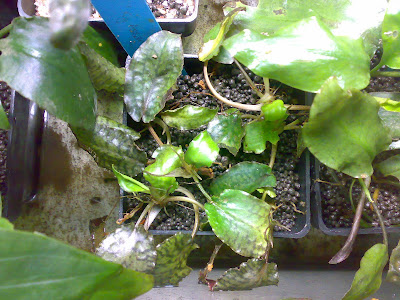 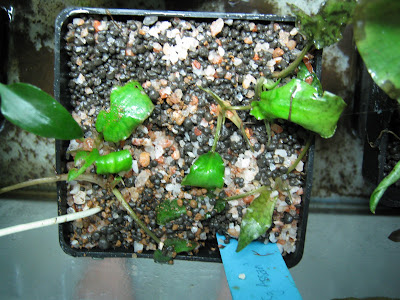 Similarly, there are a few species of cryptocoryne from Sarawak which are not growing well currently too. As these species of cryptocoryne were found in habitats with sandy base, I decided to add sand into the pots of cryptocorynes as well to see if this would improve their growth as well.
Firstly is C. auriculata 'Mador', the two photographs were taken one month apart. The C. auriculata was initially grown in a mixture of ADA Amazonia and Africana with peat granules and BE-1 organic fertiliser. The second photograph is the most current with sand already added in, showing the cryptocoryne not doing too well. 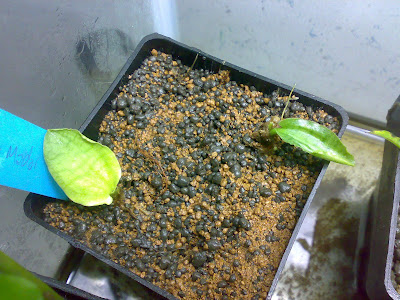 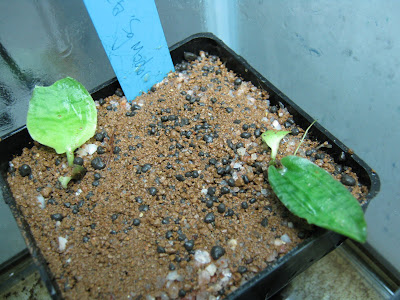 Secondly is C. cordata var. zonata 'Sungei Engkramut'. It was initially grown in a mixture of ADA Amazonia with peat granules and BE-1 organic fertiliser. 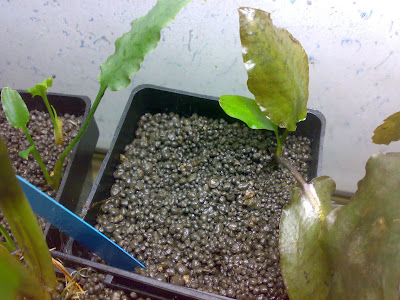 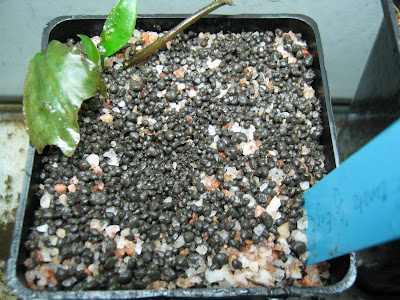 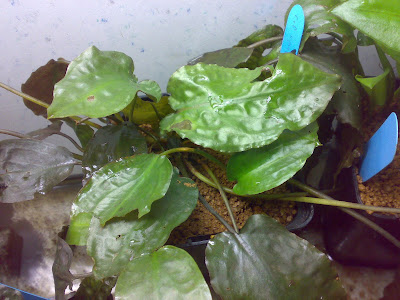 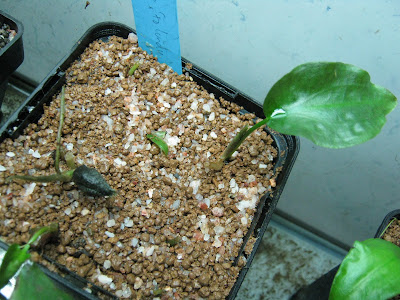 Hopefully I will have some good news to announce a few months later regarding this.
Posted by illumbomb at 10:29 PM

Its funny, I've been doing the same thing lately. My nurii and striolata have done much better with some sand added to the mix over the last couple of months. Thanks to pictures of habitats that you've been posting, I've been paying attention to the substrate composition and trying to mimic it to a point, and it does seem to be working well! I'll be very interested in seeing your progress!