We decided to call it a day after our visit to the waterfall area. Our ojeks drove us to a jetty along a river where many small wooden boats were docked. We decided to take a boat ride down the river to another town in Lingga Island. 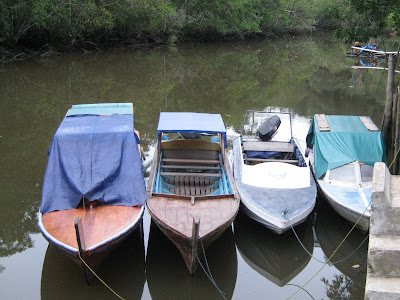 I enjoyed the ride thoroughly, travelling along the meandering river which varied in width ranging possibly from 30m to over 100m. At times, you might be travelling along a narrow section of the river with vegetation along the banks overhanging your boat. After a sharp turning, the scene might totally change when you suddenly enters the wider section of the river, which felt as if you had entered a lake.

We were lucky that that day was a rather windless day and the water was calm. We were able to see the beautiful reflections of the mountains, vegetation and clouds on the river water surface. Note also the change in vegetation along the way from inland forest to mangrove swamp.

Unfortunately, the boat was travelling rather fast and was making sharp turns which required the boat to rotate at times about 30 degrees to one side, I was not able to take clearer photographs using my canon A480 P&S camera. Below are some of the "better ones" which I took for you viewing. 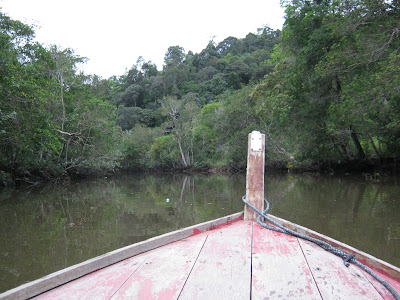 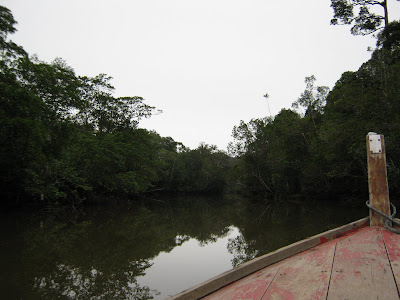 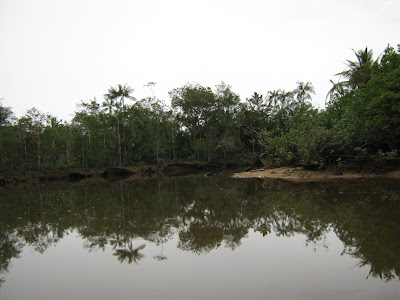 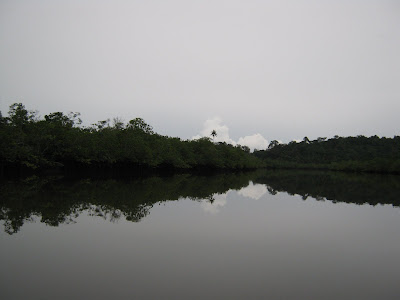 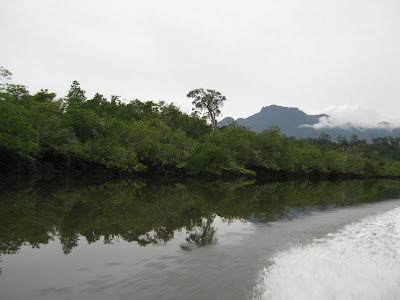 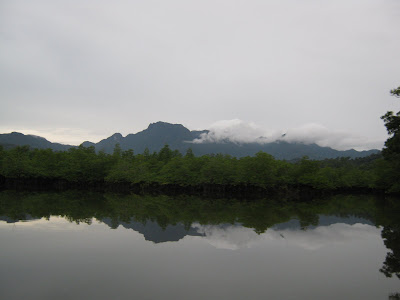 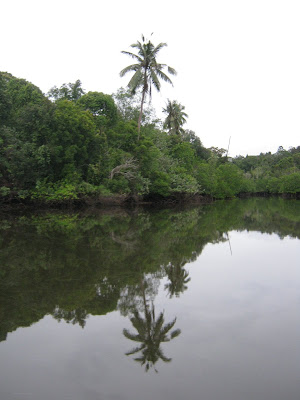 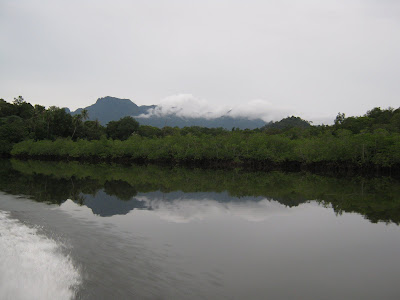 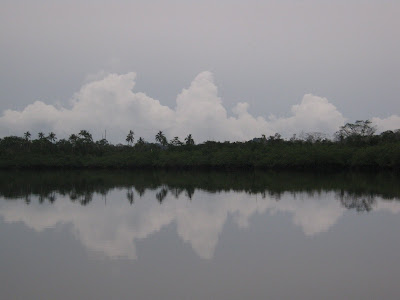 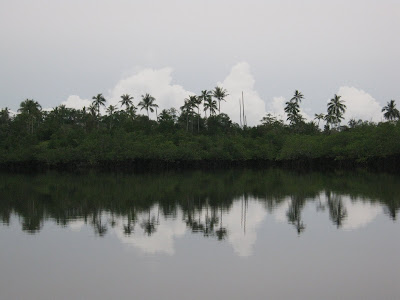 We reached the end of the river and out into the open sea and could see the Pancur town which we were heading towards. It was close to sun set already. Pancur is a town along the edge of the island with many houses on stilts fronting the sea. 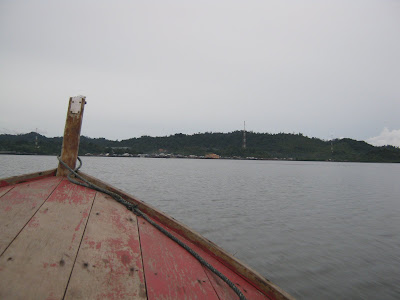 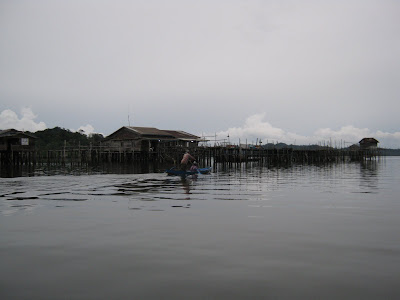 We settled for a hotel which we could dock our boat against the entrance courtyard and had our dinner there. The courtyard had a small side hut with 2 food stalls, one operated by a Chinese cook which we order fried rice and stir-fried mix vegetable, the other by a Malay (not sure if this race reference is correct) couple with 2 very beautiful daughters which we ordered BBQ fish and sting-ray.
The BBQ fishes were quite tasty marinated with spices, herbs and coconut milk (a little similar to Otah type of taste), different from the ones we had in Singapore which usually would be coated with sambal chilli. 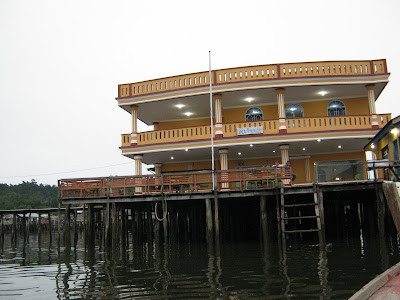 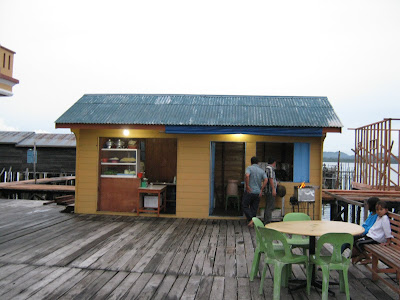 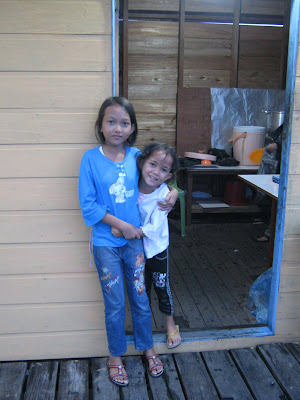 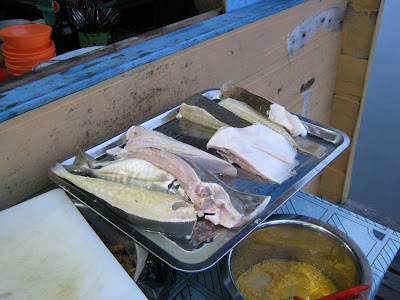 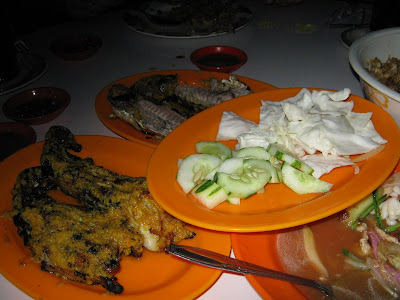 We end day 2 of field trip and rested in the hotel.
Posted by illumbomb at 8:55 AM