We reached Lingga Island after about half an hour of boat ride from Singkep Island.

After settling our ojeks (motorcycle taxi), my explorer friend brought me to visit the natural habitat of C. sp. 'Lingga 18'. Below are a few photographs of the views along the way. Take note of the mountain in the background with its top covered by clouds, Lingga island actually has a mountain which is more than 1000m high. 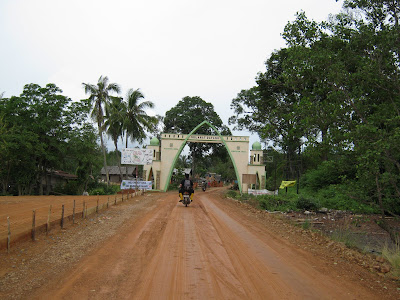 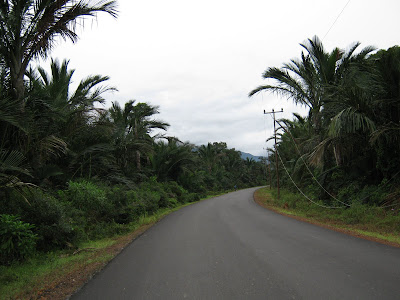 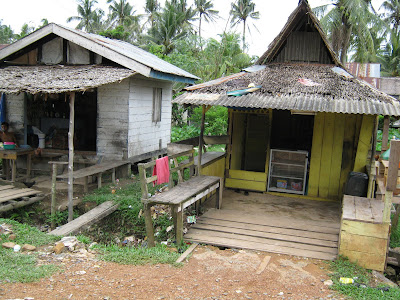 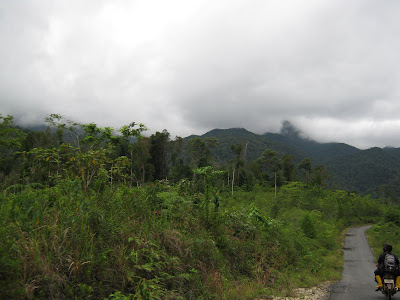 The location was a stream in the middle of what I viewed as a grass field at the edge of a forest. The cryptocorynes were submersed due to the high water level. The leaves of the cryptocoryne were greenish both on the upper and under sides. Some of the leaves had dark green markings on them. 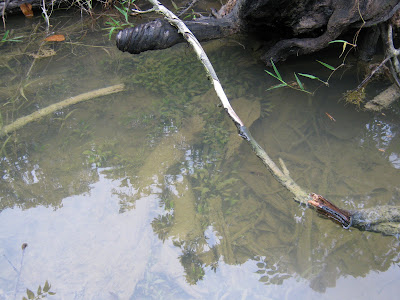 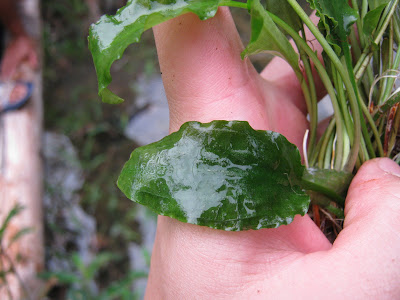 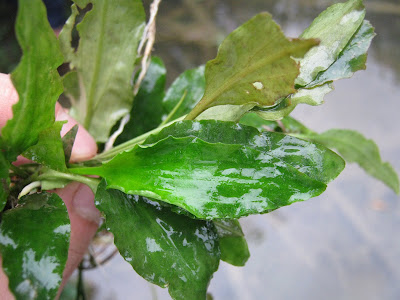 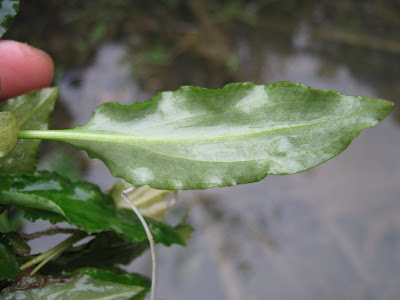 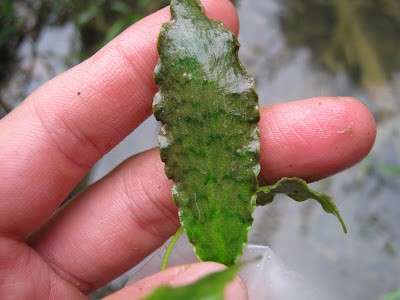 My friend found the spathe of this cryptocoryne before during his previous trips, see his blog for the photographs. The limb was reddish in colour and had irregular outgrowths (protuberances), quite typical of cryptocorynes found on Lingga Island. The substrate was made of fine sand and the pH of the water was quite low, less than 5.0. 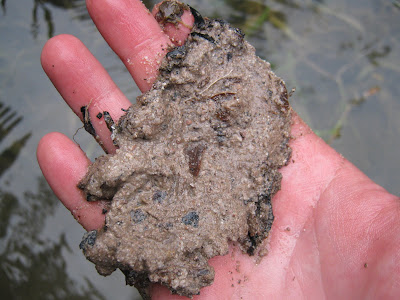 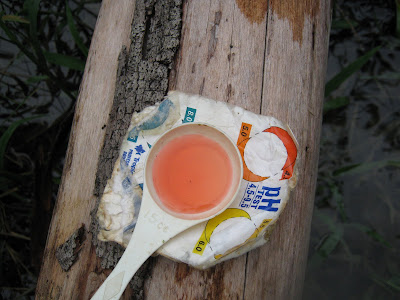 Posted by illumbomb at 9:17 PM