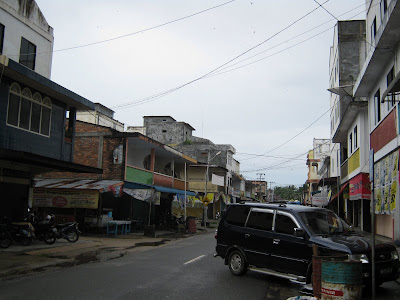 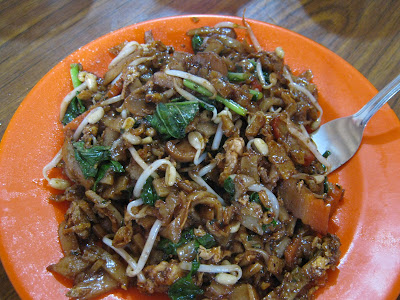 However, luck was not at our side. The previous night rained quite heavily and therefore, the stream where C. sp. 'Singkep 1' could be found was heavily flooded and the cryptocorynes could not be easily reached or seen. 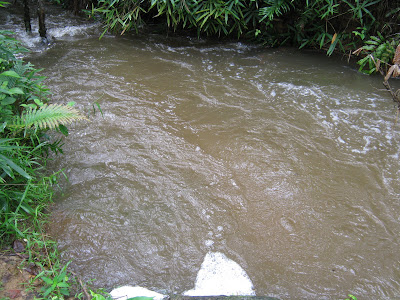 We spent the next hour riding along mountainous dirt track trying to locate the natural habitat of C. sp. 'Singkep 3' but as my friend did not remember the GPS location and the way to the stream where he found the cryptocorynes. We gave up after one of our ojeks suffered a flat tire due to the rocky path which we were travelling along. 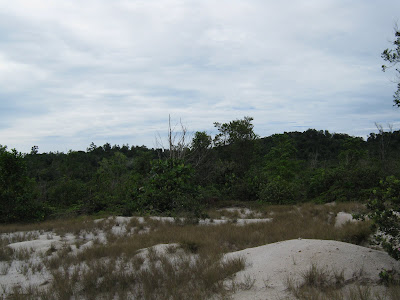 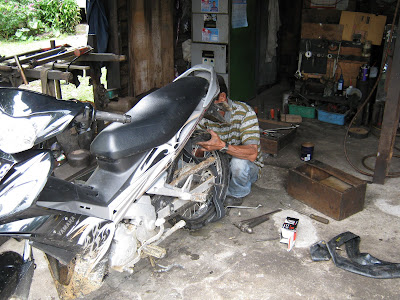 After repairing the flat tire, we finally reached the 1st cryptocoryne location for our 2nd day of our field trip, the natural habitat of C. sp. 'Singkep 4'. It was a small stream filled with cryptocorynes. Utricularia sp. could be found growing in abundance in the stream too. 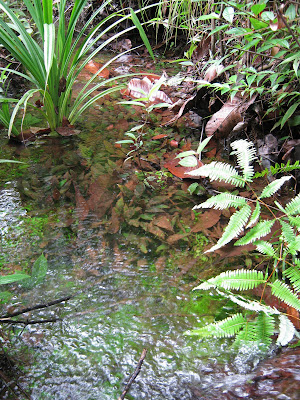 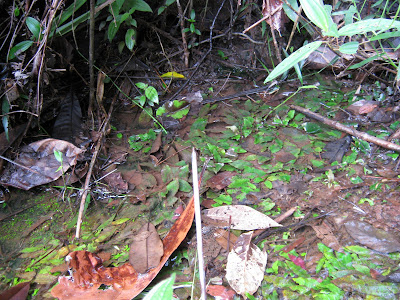 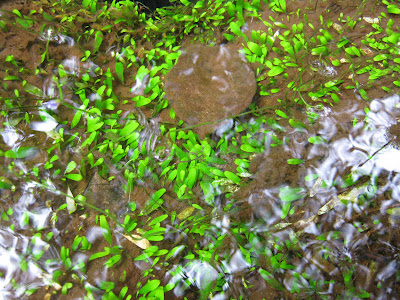 The cryptocoryne leaves had greenish upper sides with red main vein and reddish under sides. 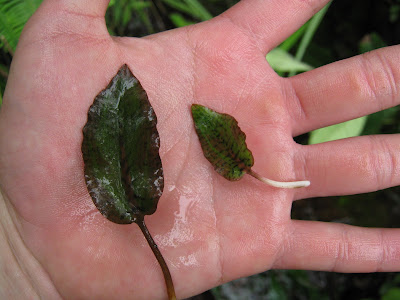 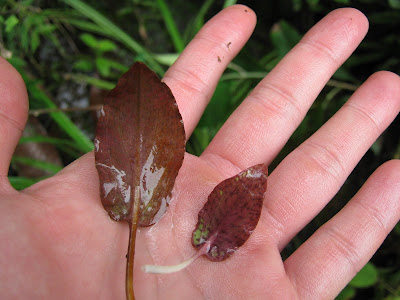 We were lucky to find a few spathes to better aid in the identification of the species of the cryptocoryne here. The first was an un-bloomed spathe. 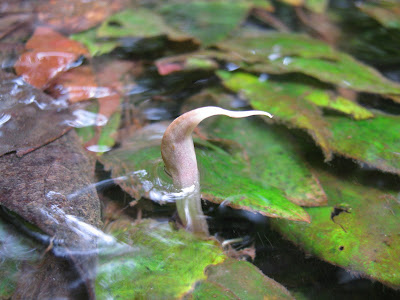 The second spathe was a fully opened spathe with creamy coloured limb. The throat had some tiny specks of purple. 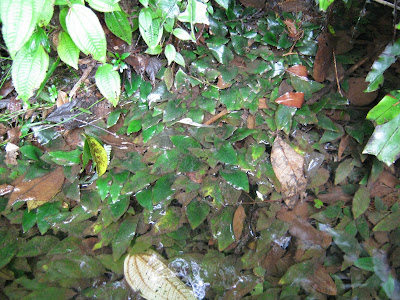 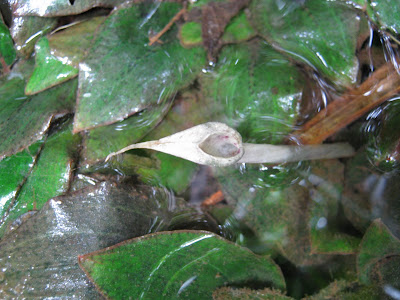 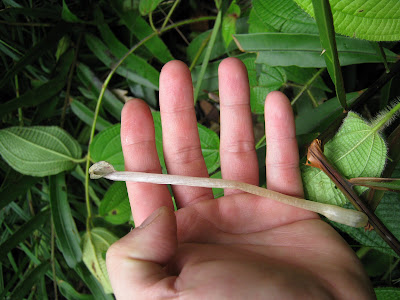 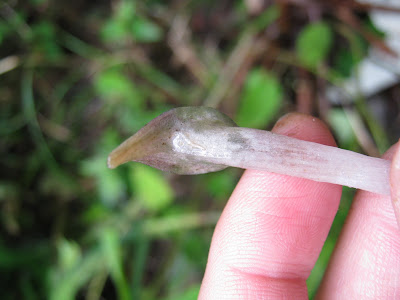 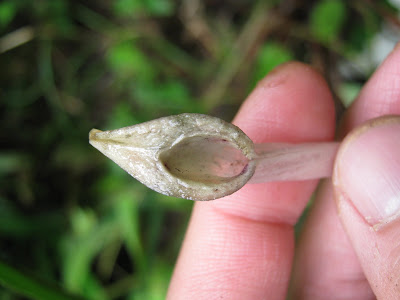 The third spathe had a section within the throat along the collar coloured in purple. 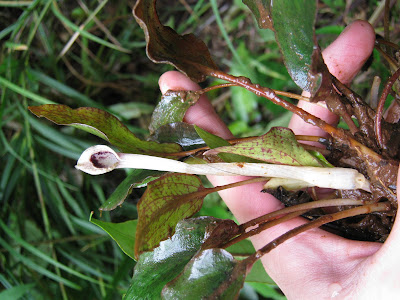 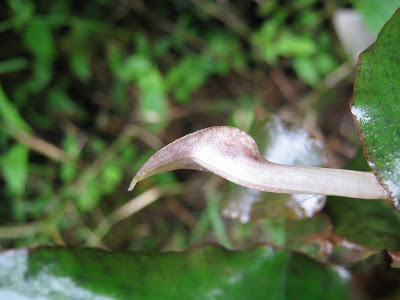 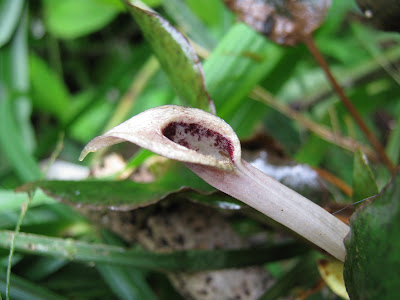 As we did not had much time, we waited until night time in Lingga Island hotel to cut the spathe to photograph the male and female portion of the flower. We had to use LED torchlight to enhance the brightness, which was why the photographs looked as if they were unnaturally tinted in blue.
From the photographs of the various spathes, which species did you felt C. sp. 'Singkep 4' could be comparable to? C. schulzei? 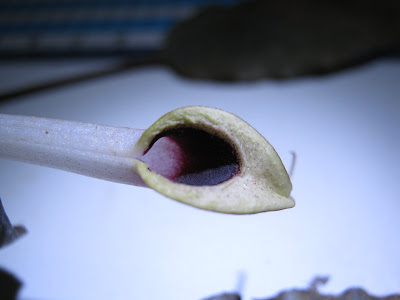 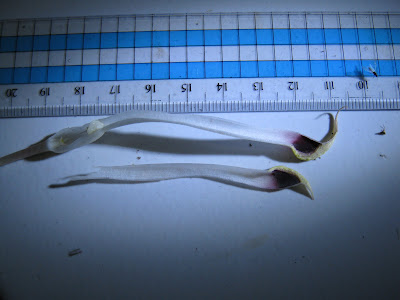 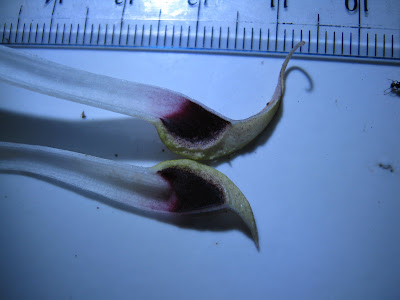 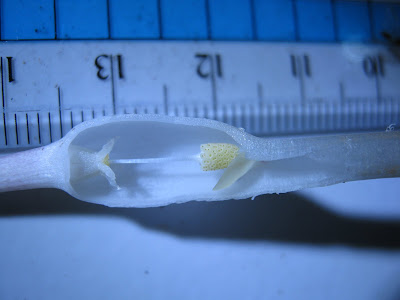 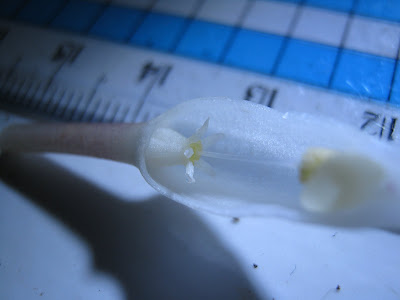 The substrate of the stream was sandy mud and the pH of the water was quite low at about 5.0. 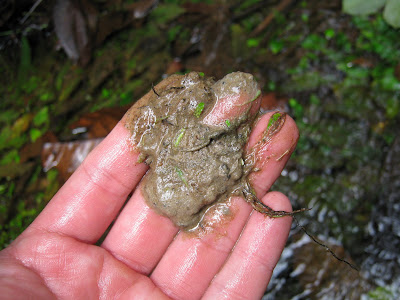 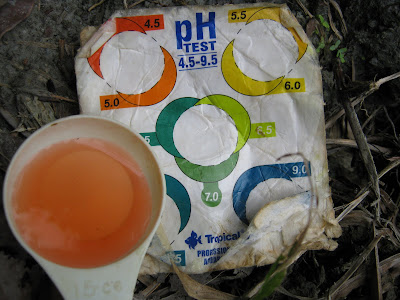 We ended our field trip on Singkep Island at about 1330hrs and went to the jetty at Jagor, waited for a few other passengers to arrive (to share the cost) before making our way to Lingga Island via a small motorised boat. 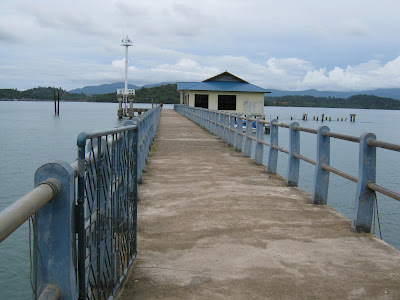 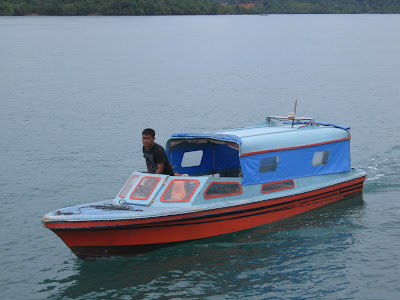 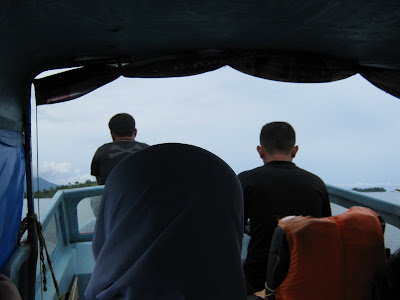 Posted by illumbomb at 9:44 PM